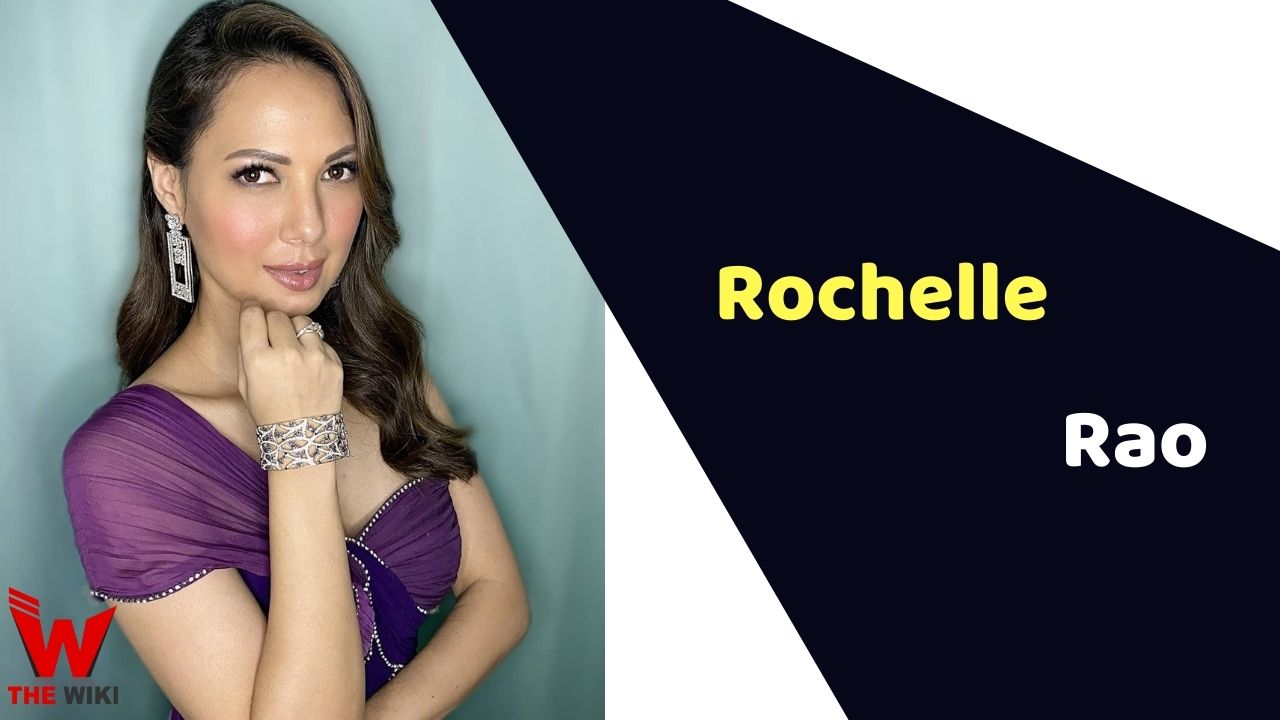 Rochelle Rao is an Indian model and actress. She was crowned Miss India International 2012. She appeared in the Kingfisher Calendar and on several television shows. Rochelle appeared on Bigg Boss 9 in 2015. She also performs a key character ‘Nurse Lottery’ in The Kapil Sharma Show.

Rochelle Rao was born on 25 November 1988 to a Catholic Christian father and an Anglo-Indian mother. Her father Dr. N V Rao is a Medical Consultant on Herbal Extracts, and her mother’s name is Wendy Rao. She has twin brothers and a sister.

Rao earned Bachelor of Science degree in Electronic Media from M.O.P. Vaishnav College for Women in Chennai. Before entering the glamour world, Rao competed in Pantaloons Miss India South and finished as the runner-up. Rao worked as an anchor for season 6 of the Indian Premier League after competing in the beauty pageant.

She rose to prominence after appearing as Lottery on the comedy show The Kapil Sharma Show. In 2014, she appeared in Season 5 of Fear Factor: Khatron Ke Khiladi. She was the show’s second participant to be eliminated. She appeared on Fox Life’s Life Mein Ek Baar in late 2014, alongside Evelyn Sharma, and Mehak Chahal, which was an adventurous travel show. Rao has always been a self-sufficient young lady who began working shortly after graduating. She had worked as an anchor on numerous TV shows and had done a lot of modelling ventures.

Rochelle Rao married her long-time boyfriend Keith Sequeira in 2018. He is a model and VJ by profession.

Some Facts About Rochelle Rao

If you have more details about Rochelle Rao. Please comment below we will updated within a hour.