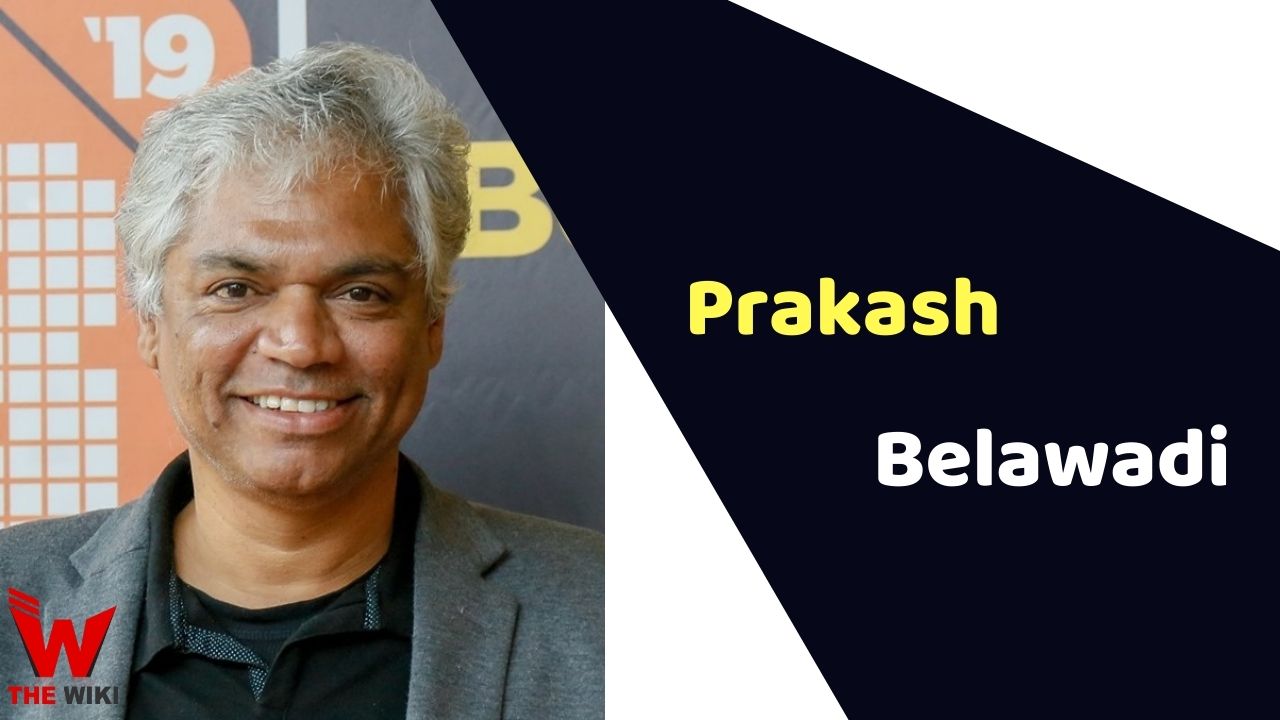 Prakash Belawadi is an Indian actor, activist and journalist. He predominantly works in Hindi & Kannada film industry. Belawadi has participated in numerous seminars, conferences and festivals in India and overseas. Since 2010, he has also been mentor of the BISFF (Bengaluru International Kurzfilm Festival) founding team. He has worked in several popular films like Kanooru Heggadithi, Meri Pyaari Bindu, Solo and Dayavittu Gamanisi, Aatagara, Talvar, Kiragoora Gayyaligalu.

Prakash Belawadi was born in Bangalore, Mysore State (now Karnataka), into a family of theatre artist. His father Belavadi Nanjundaiah Narayan, was a Kannada theatre star who also appeared in films and worked as a make-up artist. While his mother Bhargavi is a well-known cinema and theatre actress.

Belawadi completed his initial education at Mahila Seva Samaja and secondary education at National High School. He later done pre-university course from National College, Bangalore. In 1983, he graduated from University Visvesvaraya College of Engineering with a degree in mechanical engineering.

Belawadi always wanted to become an actor liker his parents. At early age, he started working in theatre and films. He featured as a child actor in Kannada film Bangaravayithu in the year 1976. Belawadi started his professional acting career with Kannada film Kanooru Heggadithi, directed by Girish Karnad in 1999.

He rose to fame by his appearance as Bala in Hindi film Madras Cafe directed by Shoojit Sircar and alongside starring John Abraham, Nargis Fakhri and Raashi Khanna. He subsequently worked in various films like Youngistaan, Talvar, Uttama Villain, Wazir etc. He came into Bollywood limelight after playing important character of George Kutty in Akshay Kumar starrer film Airlift. In 40 years long career, Belawadi has worked more than 200 films and theatre plays. Recently he has worked in web series like High and Smoke.

Prakash Belawadi is married to Chandrika Belawadi. The couple have three children; two daughters Sudha and Sujata and one son Pradeep Belawadi.

Some Facts About Prakash Belawadi

If you have more details about Prakash Belawadi. Please comment below we will updated within a hour.