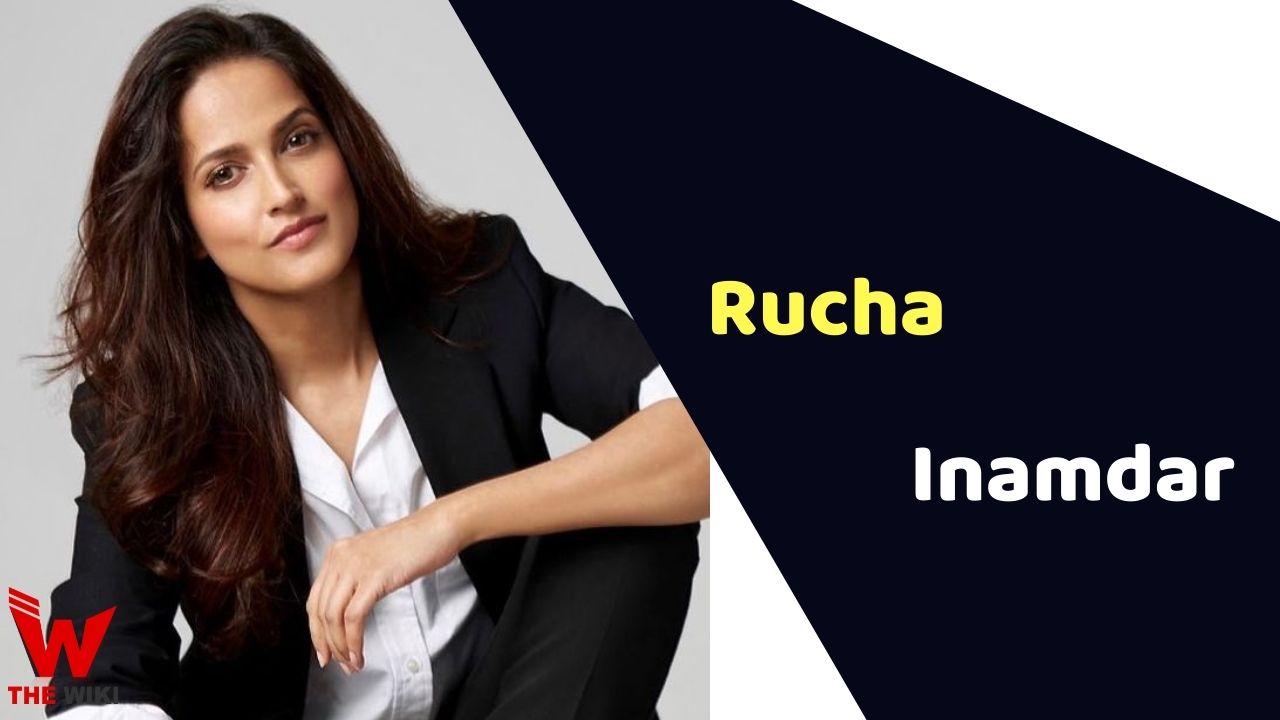 Rucha Inamdar is an Indian television and film actress. She made appearances in Children of War (2014) and Under the Same Sun (2015). She started her career in the Bhikari, a Marathi commercial movie starring Swwapnil Joshi and directed by Ganesh Acharya in the year 2017.

Rucha Inamdar was born on June 2, 1988 in Mumbai, Maharashtra. She graduated from ACPM Dental College, Dhule.

Rucha started her career with the drama movie Children of War as Kausar in 2014. It is an Indian movie about the Bangladesh Liberation War in 1971. The Next year, she got featured in the movie Under the Same Sun as Yasmeen in 2015. In 2017, she acted in the Marathi action-thriller film Bhikari as Madu. It is a remake of the Tamil film Pichaikkaran in 2016.

Rucha made her debut with the television crime thriller legal-drama series Criminal Justice as Avni Sharma Parashar, Aditya’s elder sister, aired on Hotstar Special in 2019. She also starred in the Marathi dramedy film Wedding Cha Shinema as Dr. Pari Pradhan in 2019. She did a movie Operation Parindey as SP Komal Bhardwaj which premiered on ZEE5 Original.

In 2022, she was seen in Richa Chadha and Pratik Gandhi starrer web series The Great Indian Murder in which she played the character of Ritu Rai.

Some Facts About Rucha Inamdar

If you have more details about Rucha Inamdar. Please comment below we will updated within a hour.