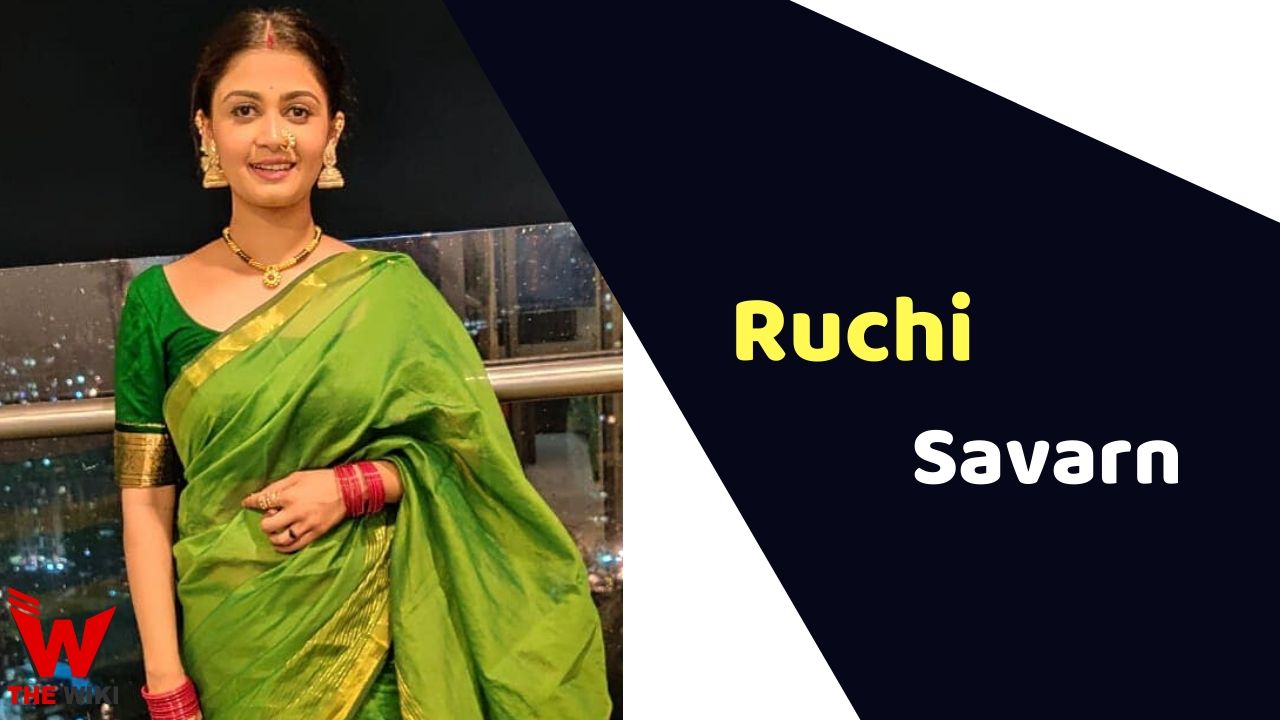 Ruchi Savarn is an Indian television actress. She is known for television shows like Kumkum Bhagya, Ghar Aaja Pardesi, Tamanna etc. She started her career with the TV show Pyaar Ka Bandhan in the year 2009.

Ruchi Savarn was born on 26 May 1992 in Nagpur, Maharashtra. She started her journey with Sony TV channel show Pyaar Ka Bandhan in 2009. In the debut show, she played a supporting role of Radha. After this show she worked in TV shows like Tere Liye, Ghar Aaja Pardesi, Tamanna. She got popularity in the television industry from Zee TV channel show Kumkum Bhagya in which she played the role of Disha.

Some Facts About Ruchi Savarn

Sound on🤣.. we communicate differently.. he understands exactly what I say 😊@suwatianand #cockerspaniel #dogsofinstagram