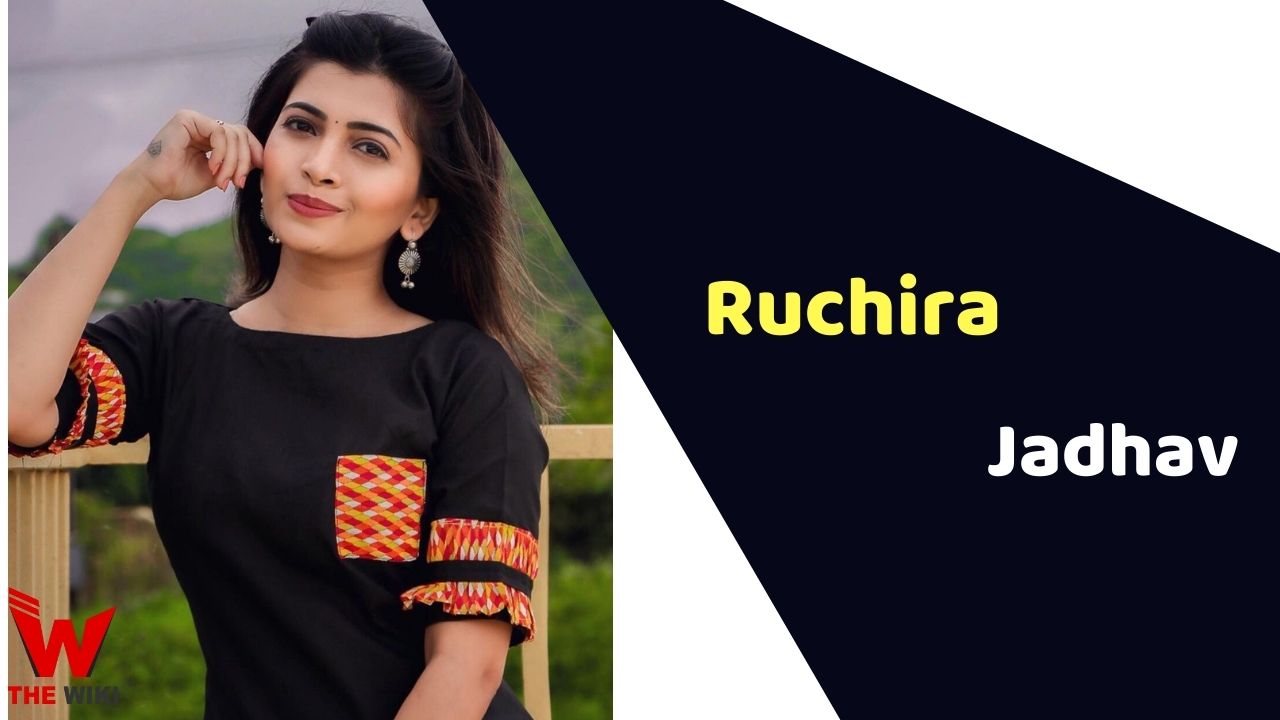 Ruchira Jadhav is an Indian film actress. She is known for playing lead role in Marathi comedy- drama television show Love Lafde, directed by Sachin R. Ambat. She has also worked in a Marathi film Sobat in 2008. In 2022, she has participated in season four of Colors Marathi’s Bigg Boss Marathi.

Ruchira Jadhav was born on 13 July 1989 in Dadar, Mumbai. Her father name’s is Ravindra Jadhav and mother name’s is Maya Jadhav. She did her schooling from Parag Vidyalaya, Bhandup. She completed her degree in Genetics from K. J. Somaiya College of Science & Commerce, Mumbai. Ruchira was very active in her college cultural programs.

Ruchira was made her debut on television with Colors Marathi’s show Tuzya Vachun Karmena in the year 2012. Later, she was appeared in important role in various Marathi show such as Be Dune Daha, Maze Pati Saubhagyavati and Prem He. She has also appeared in the music video Tu Mila alongside Abhi Amkar.

Some Facts About Ruchira Jadhav

If you have more details about Ruchira Jadhav. Please comment below we will updated within a hour.