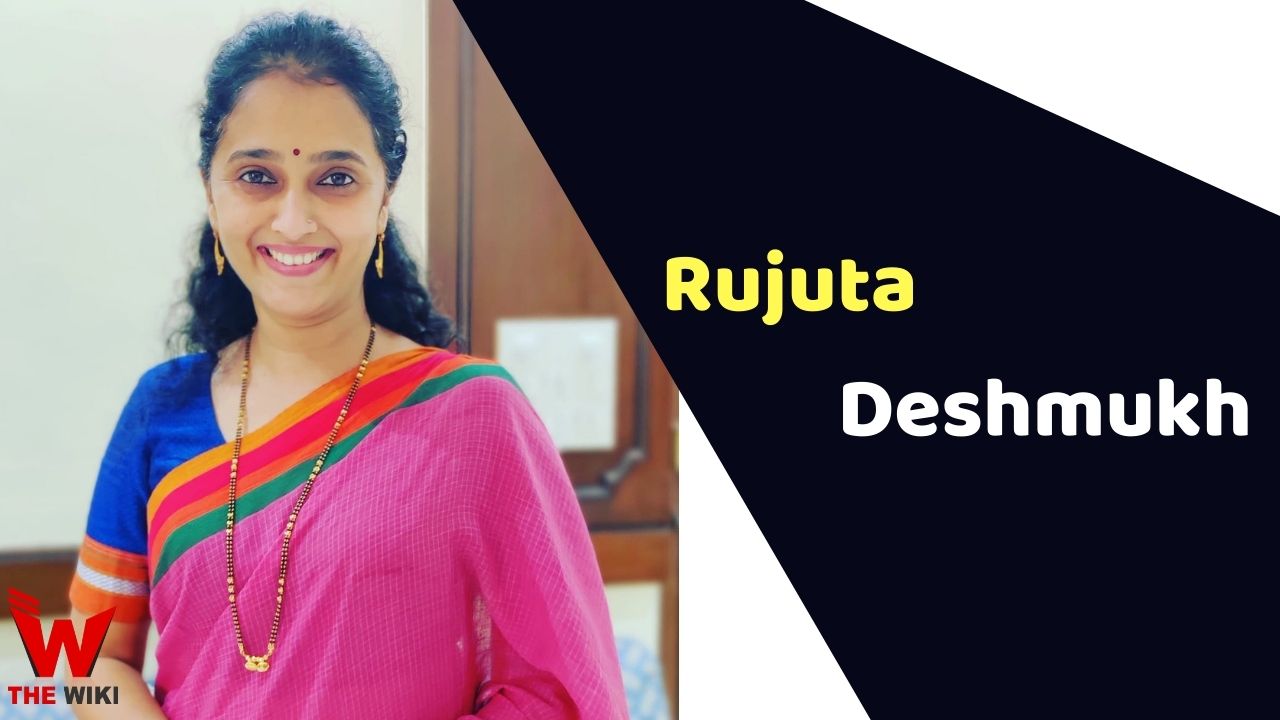 Rujuta Deshmukh is an Indian television and film actress who predominantly works in the Marathi television industry. She is recognized for portraying the role of Sai Bai in the television series Raja Shiv Chattrapati.

Rujuta Deshmukh was born on 15 March 1982 in Pune, Maharashtra. Her father Avinash Deshmukh is owner of a theatre company. She has done her graduation from SP College in English Literature.

Rujuta began her career as an actress with a small role in a play and has served on close to 500 shows. She made her debut with the comedy movie Dhumakool in 1990. She got featured in the action crime-drama movie Family: Ties of Blood as Abhir’s wife in 2006. A loafer kidnaps the family of a big criminal to avenge his brother’s death. The Next year, she appeared in the Marathi comedy movie Tula Shikwin Changlach Dhada in 2007. In 2010, she acted in the comedy movie Asa Mi Tasa Mi as Roopa. She played the role of Lakshmi Bai in the 2012 biography drama-musical movie Shirdi Sai.

Rujuta debuted with the television drama-family series Kalat Nakalat as Madhura Pathak, a young and educated girl who aspires of becoming a leading actress in 2007. She got fame for playing the role of Sai Bai in the biography-history serial Raja Shivchhatrapati. She has been part of more than 50 television serials in her career.

Rujuta Deshmukh is married to Shirish Joshi and has a daughter named Sajiri Joshi.

Some Facts About Rujuta Deshmukh

If you have more details about Rujuta Deshmukh. Please comment below we will updated within a hour.