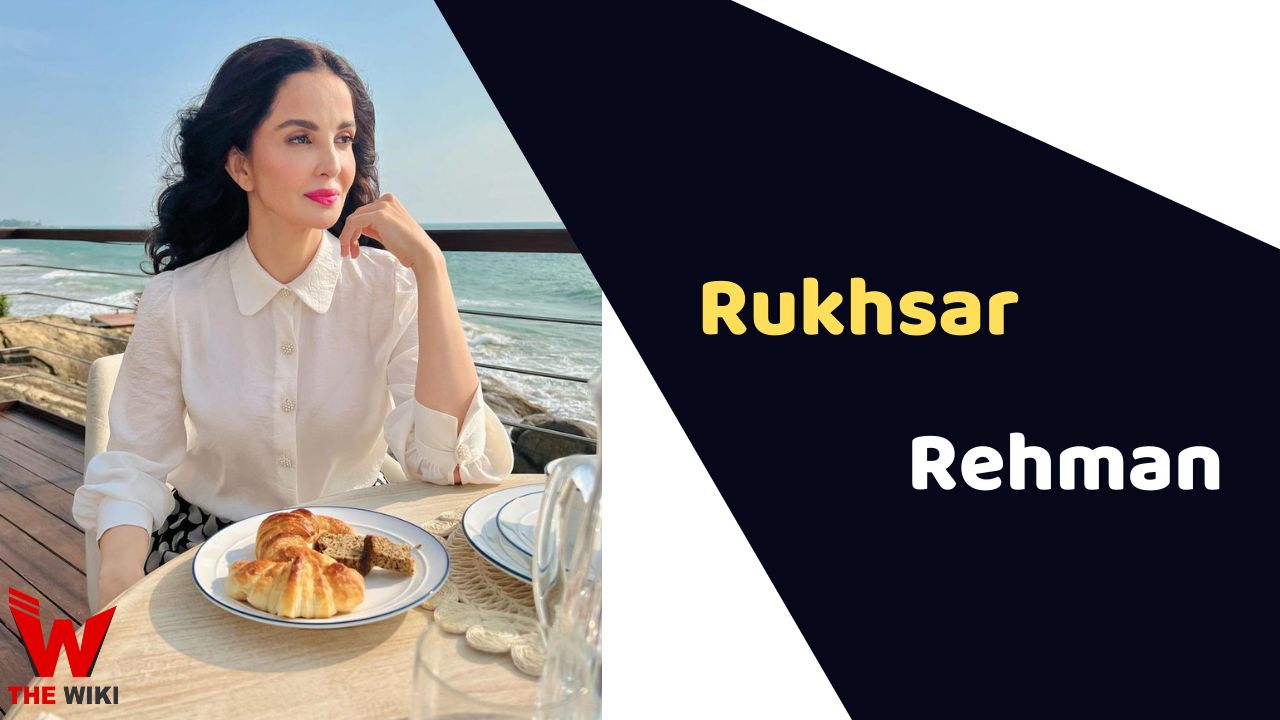 Rukhsar Rehman is an Indian film and television actress who primarily works for Bollywood industry. Formerly, she is also an model. She has been part of various popular films including Uri: The Surgical Strike, Bheja Fry 2, PK, Shaitan, 83 etc. Rukhsar started her career by making debut in film named Yaad Rakhegi Duniya which was released in 1992.

Rukhsar Rehman was born on 29th October 1975 in Rampur, Uttar Pradesh to a Muslim family. She is the daughter of Lateefur Rehman Khan. She was married to Asad Ahmad and the couple was blessed by a daughter named Aisha Ahmed who is also an actress. Due to their personal problems the couple had decided to be separated and they chose to get divorced.

In 2010, Rukhsar got married to Faruk Kabir who is a film maker after dating for five years in Mumbai.

Rukhsar did her schooling from a private school of Rampur, Uttar Pradesh. After that she completed her graduation. Then after she worked hard for acting by maintaining her looks, actions and expressions as she was fond of acting since her early age.

Rukhsar started her career by a Hindi film Yaad Rakhegi Duniya, in which she played the lead role with Aditya Pancholi. She also did a famous film Intehaa Pyar Ki and played Tanio M. Oberoi role opposite to the actor Rishi Kapoor. However, at the request of her father she returned back to her hometown Rampur and left her career. Here, she started a garment business.

In 2005, she again came back and featured in Ram Gopal Verma’s crime drama D as female lead actress. She played the character of Bhakti Bhatnagar opposite to actor Randeep Hooda. She got immense popularity in Hindi film industry and got offer to work in movies like God Tussi Great Ho, Sarkar, The Stoneman Murders, Shaitan, Bheja Fry 2, PK, Life Ki To Lag Gayi and Love Games etc.

Rukhsar also worked in some television shows. Her most popular TV show was Bhaskar Bharti (2009) in which played the role of Vinita Lamba. Her other notable appearance was in Tumhari Paakhi, Aur Pyar Ho Gaya, Diya Aur Baati Hum, Kuch To Log Kahenge, BaalVeer etc.

Some Facts About Rukhsar Rehman

If you have more details about Rukhsar Rehman. Please comment below we will update within an hour.