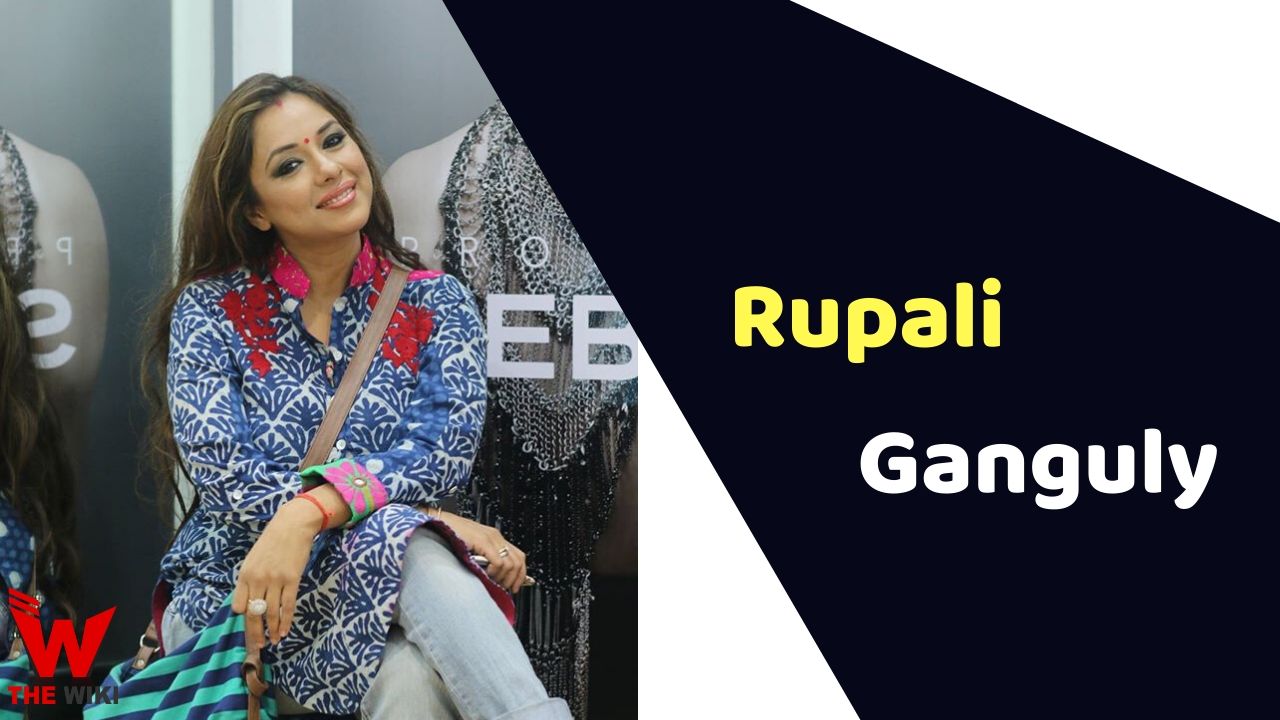 Rupali Ganguly is an Indian television actress. She is known for serials like television shows Anupamaa, Sarabhai vs Sarabhai, Kahaani Ghar Ghar Kii and Aapki Antara. She started her career in 2000 with the TV show Sukanya.

Rupali Ganguly was born on 5 April 1977 in Kolkata, West Bengal. She is the daughter of famous film director Anil Ganguly. Ganguly was brought up in a film background family. She was fond of acting and dancing since childhood. After completing her studies, she got the opportunity to play the lead role in the television serial Sukanya, but on television, she gained fame from 2003 Star Plus show Sanjivani, in this show, she played the role of Dr. Simran. After this show, she never looked back. She appeared in many popular shows like Sarabhai vs Sarabhai, Kahaani Ghar Ghar Kii, Bidaai, Anupamaa etc.

Rupali is one of the popular actresses in the television industry. She is very highlighted about her personal life. In 2013, she married her boyfriend Ashwin K Verma. Same year she gave birth to son on 25 August.

Some Facts About Rupali Ganguly

If you have more details about Rupali Ganguly. Please comment below we will updated within a hour.