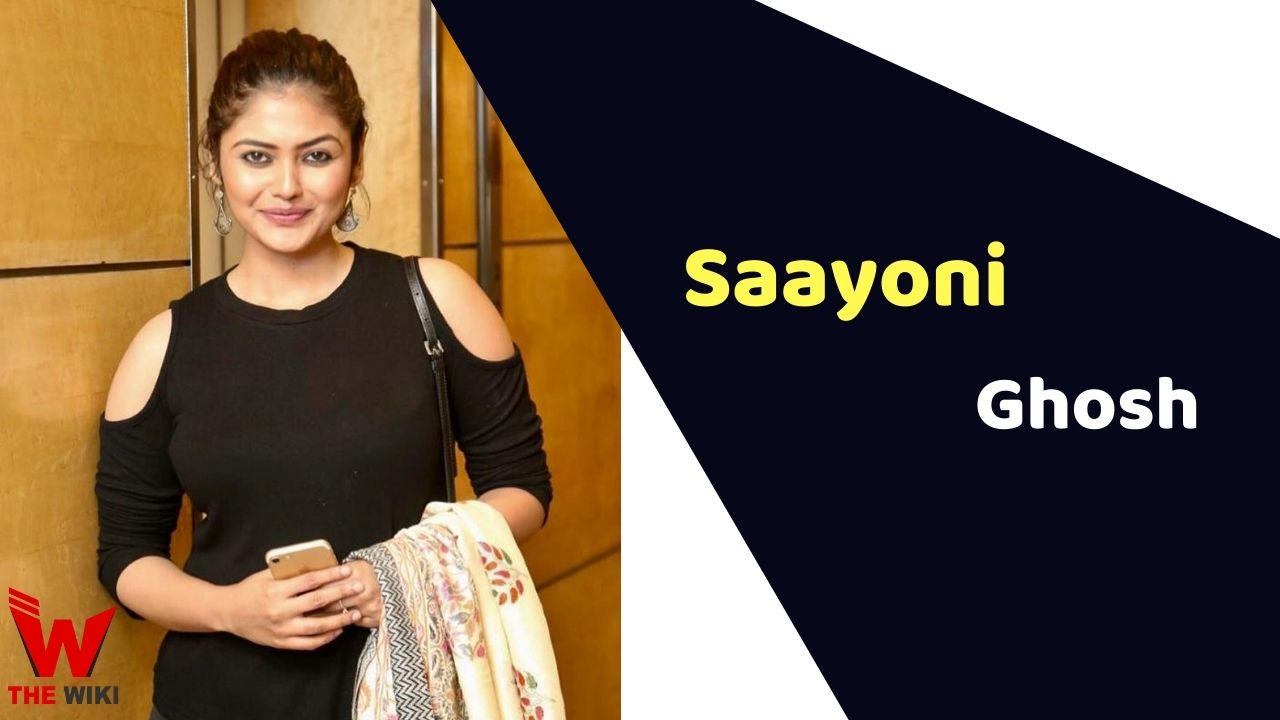 Saayoni Ghosh is an Indian actress, politician, singer and anchor. She is known for her playing the role of Mrinmoyee in the Bengali film Antaraal in 2013. Saayoni made her acting debut with the television show Ichhe Dana on Star Jalsha. She has sung the song ‘Kothin Song’ with Ash King in 2012. She has acted in the film Pratidwandi, which was released on 25 December, 2020.

Saayoni was born on 27 January 1993 to Samar Ghosh and Sudipa Ghosh in Kolkata, West Bengal. She belongs to a middle class Bengali Hindu family. Saayoni has co-hosted the live telecast Calcutta Football League in 2013 and 2014. She has won many awards like “TTIS Best Actor Award for Best Actress” in 2010 and “Star Jalsha Paribaar Award for Best Anchor” in 2016.

Saayoni made her Bengali debut with the film Natobar Notout in 2010. In 2018, she has performed in a web film Teen Cup Chaa. She has worked in many Bengali films like Kanamachi (2013), Meghnad Hadh Rahasya (2017), Ka Kha Ga Gha (2018), etc. She has also worked in many television serials like Bhasha, Care Kori Na, Josh and many more. Saayoni has appeared as a host in some television shows like Amra Na Ora, Phire Ashar Gaan, etc.

Some Facts About Saayoni Ghosh

If you have more details about Saayoni Ghosh. Please comment below we will updated within a hour.