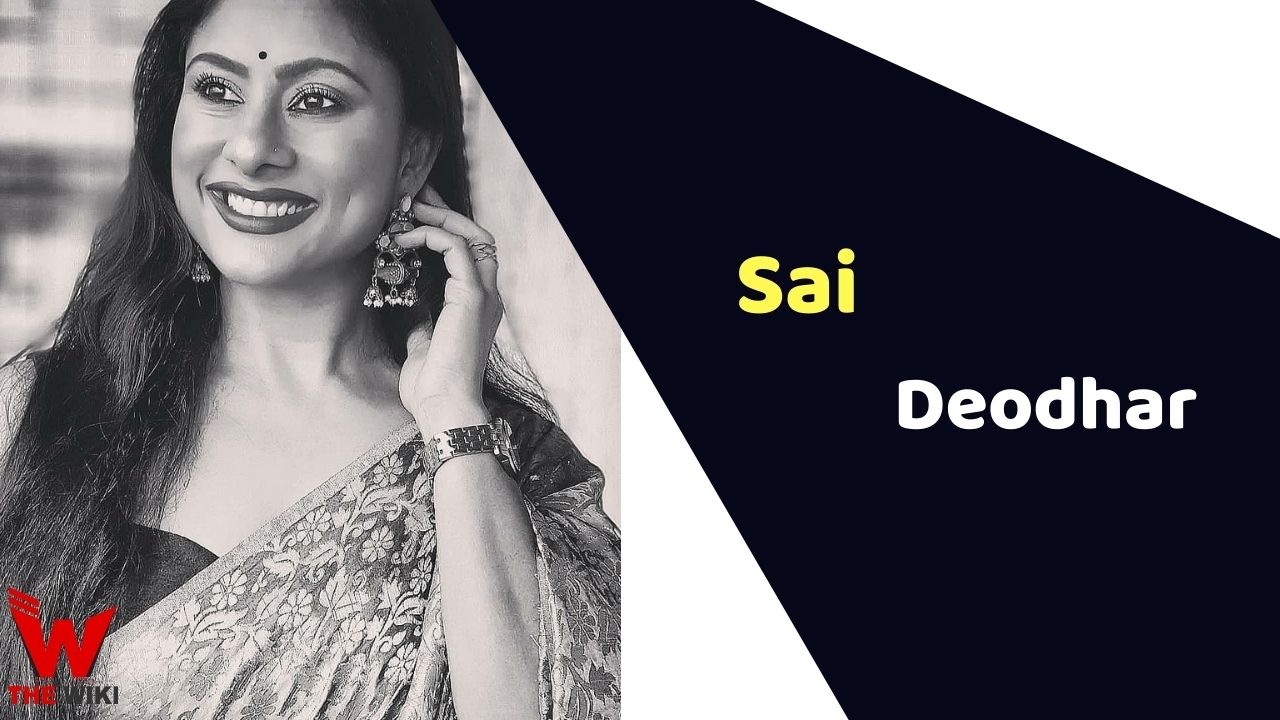 Sai Deodhar is an Indian television actress. She is a popular actress of the entertainment world and active since 2003. She is better known for her role as Monica Singh in Saara Akash. Besides an actor, she is also a filmmaker and has directed short films like Blood Relations and Father’s Day to You.

Sai Deodhar was born on 21 April 1984 in Pune, Maharashtra to a Marathi father and Bengali mother. Her father’s name is Debu Deodhar who is a cinematographer and her mother, Shrabani Deodhar is a director. Sai started her acting career at an early age and worked as a child artist in a Marathi movie Lapandav in 1993.

After her studies, she chosen modeling and acting as career option. Initially she appeared in various television commercials and print shoots. In 2003, she got her first lead role in television drama Saara Akash. Later, she did CID, Ek Ladki Anjani Si, and Udaan. She also did episodic roles in Kasauti Zindagi Kay, Kkavyanjali, Kahani Ghar Ghar Ki, Savdhan India, and Darr Sabko Lagta Hai. She also participated in Nach Baliye Season 4 with her husband Shakti Anand.

Sai Deodhar is married to Shakti Anand who was her co-star in the TV show Saara Akash. The couple tied the knot on 30 January 2005. They have a little daughter named Nakashtra Anand.

Some Facts About Sai Deodhar

If you have more details about Sai Deodhar. Please comment below we will updated within a hour.