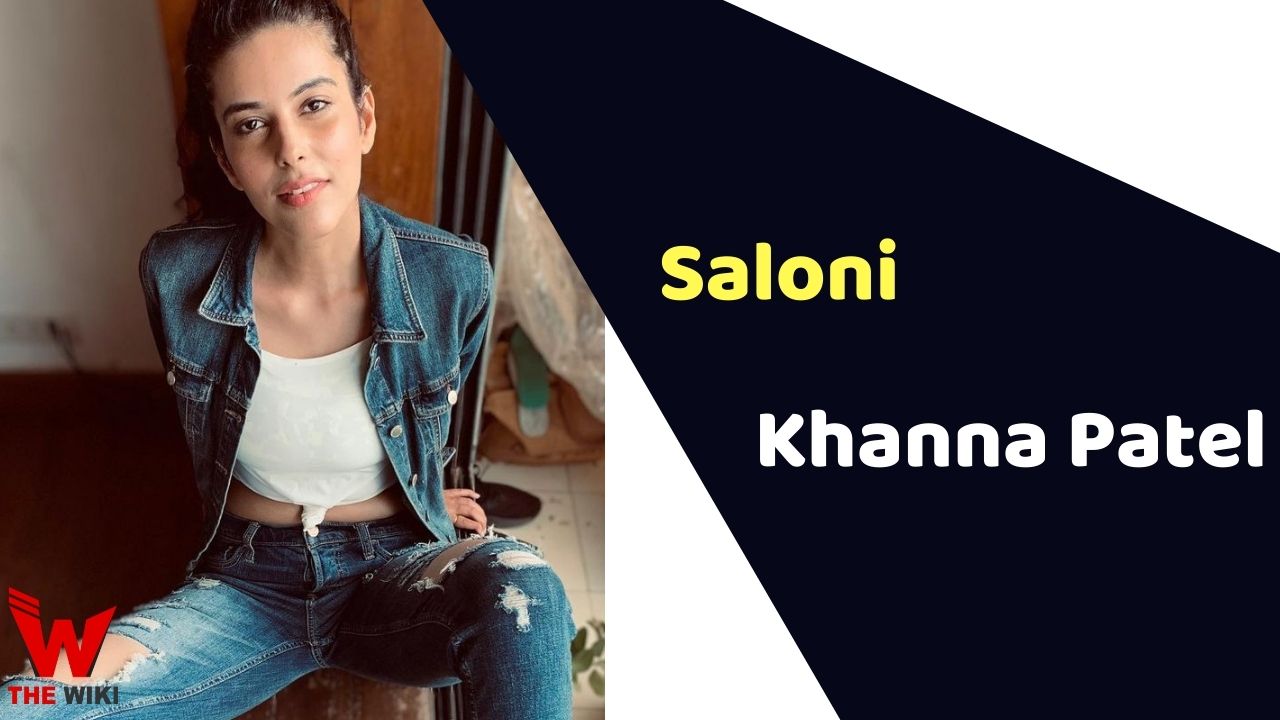 Saloni Khanna Patel (also known as Saloni Khanna) is an Indian model and actress. She works in the Indian television industry. So far she has worked in web series The Raikar Case (2020), Coldd Lassi Aur Chicken Masala (2019) and Sunflower (2021).

Saloni Khanna was born to a Punjabi family in Delhi in the year 1984. Her father works in IBM. She currently resides in Mumbai. She has a sister named Tripti Khanna. Saloni completed her school education from a private school in Delhi. She has done graduation in Bachelor of Technology in electronics and instrumentation from St. Stephens college, Delhi.

Before entering in the entertainment industry, Saloni worked in the aviation industry. She started with Jet Airways. She was working as an assistant manager in Kingfisher airlines when she first received offers from music producers. Saloni made her debut with Punjabi music song Chakkwein Suit in the year 2015. She also appeared in tv commercial brands like Sunsilk and OLX. She soon had the opportunity to make debut in acting with mini TV series-The Heartbreak Hotel in the year 2019.

Saloni then appeared in a small role in- Cold Lassi Aur Chicken Masala in the year 2020. She was recognised by the TV series and film makers and soon had a big opportunity with thriller and drama web series- The Raikar Case, this series had Indian TV and film stars like Atul Kulkarni and Ashwini Bhave in the lead roles.

She lives in Mumbai and is following a career in acting. She got married to Viraf Patel in the Bandra court on 6 May 2021. The couple donated their wedding funds to Covid patients in the PM relief fund.

Some Facts About Saloni Khanna Patel