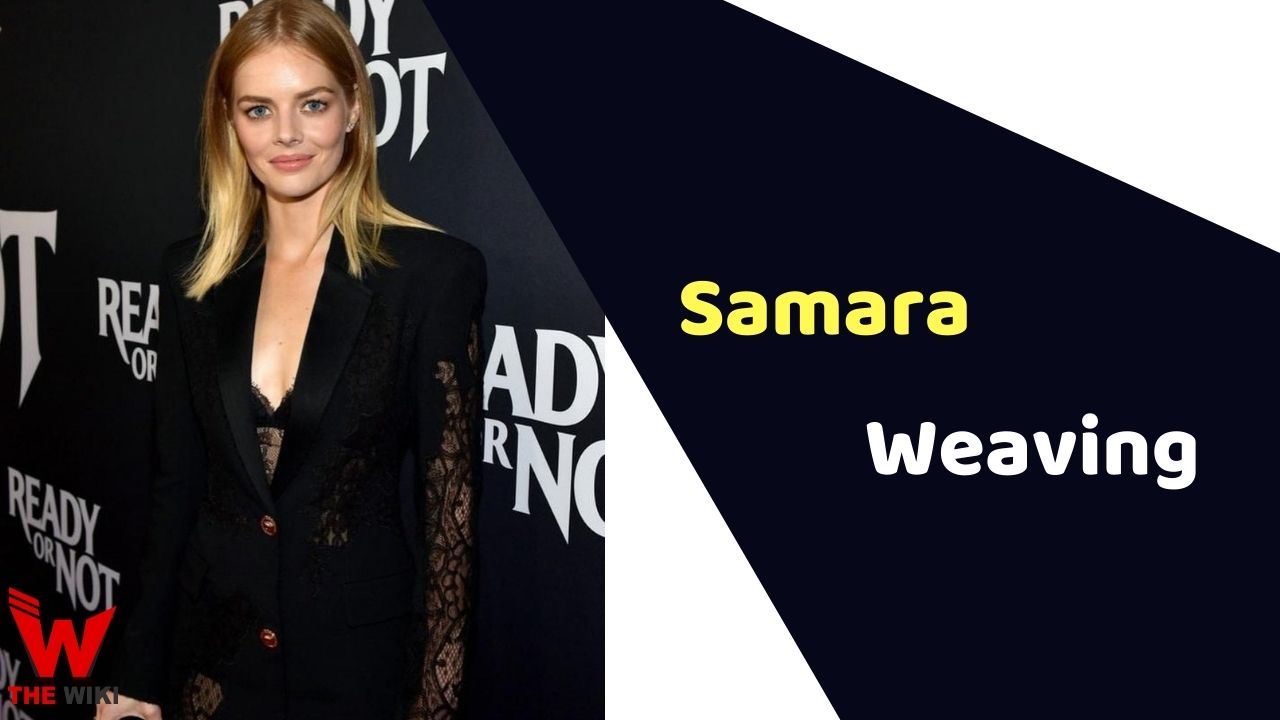 Samara Weaving is an Australian actress and model. She is known for her appearance in television series such as Hollywood, Picnic at Hanging Rock, SMILF, Home and Away and Out of the Blue. She has also performed on various dance and stage shows. Weaving has won many awards for her portrayal as Penelope in film Three Billboards Outside Ebbing, Missouri.

Samara Weaving was born on February 23, 1992 to Simon Weaving and Helena Bezzina in Adelaide, Australia. Her father is a filmmaker and lecturer at University of Newcastle and her mother is an art therapist. She has a sister named Morgan Weaving in the family. Weaving completed her schooling from Canberra Girls Grammar School. She appeared in various school and theatre productions.

Weaving started her career as a lead actress in 2008 BBC series Out of the Blue. She played role of Kirsten Mulroney alongside Sophie Katinis, Clayton Watson, Charlotte Gregg and Renai Caruso. From 2009-2013 she appeared in the soap opera Home and Away for which she also received an Australian Academy of Cinema and Television Arts nomination for Best Female performance in 2011.

Later Weaving appeared in the films Mayhem and Babysitter. She then appeared in the theatrical American film Ready or Not. In 2017, she appeared in the Oscar nominated film Three Billboards Outside Ebbing , Missouri. She won various awards including Screen Actors Guild Awards and Gold Derby Awards for her performance. Her other film roles include Guns Akimbo (2019), Last Moment of Clarity (2020), Picnic at Hanging Rock (2018), Hollywood (2020) and Bill and Ted Face the Music (2020). She also models for Australian underwear brand Bonds.

Samara Weaving engaged to Jimmy Warden in 2019. He is a creative producer at Hollywood production company Wonderland Sound and Vision. They are dating each other since 2016.

Some Facts About Samara Weaving

If you have more details about Samara Weaving. Please comment below we will updated within a hour.