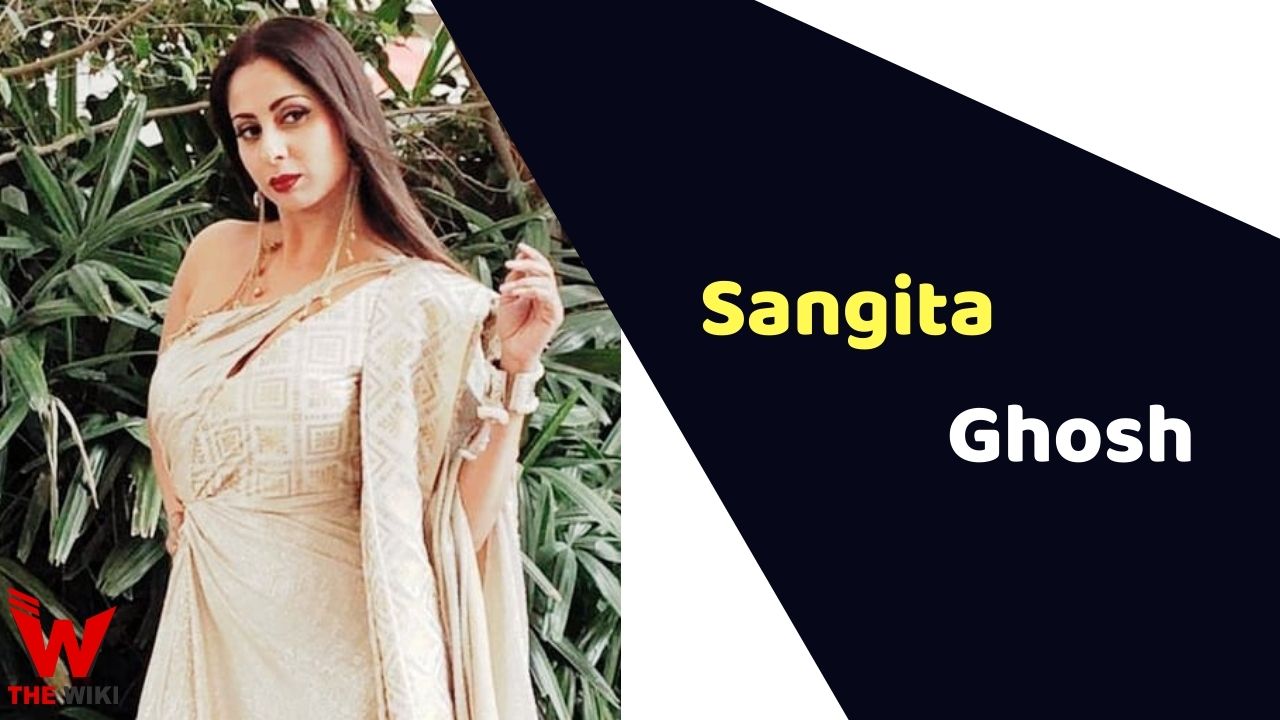 Sangita Ghosh is an Indian actress, model and dancer. She has been seen in innumerous Indian daily soaps, TV dramas and Bollywood Films. She is known for working in television shows like Des Mein Niklla Hoga Chand, Divya Drishti, Rishton Ka Chakravyuh etc. Sangita has also gained fame by modeling for prestigious brands in India.

Sangita Ghosh was born on 18 August 1976 in Shivpuri, Madhya Pradesh. Her father used to work in the government department. She has interest in acting since childhood. She began her career as a child actress in the Hum Hindustani in 1986. After, completing her graduation in 1996, she made her first appearance on television by starring in Kurukshetra. After that she was seen in various serials like Ajeeb Dastan, Daraar, Khushi, Adhikar etc.

Ghosh got her first major breakthrough with Star Plus show Des Mein Niklla Hoga Chand in 2001. After that she was seen in many television shows like Kehta Hai Dil Jee Le Zara, Rishton ka Chakrayavu, Viraasat, Mehndi Tere Naam Ki etc. Ghosh has participated in Zara Nachke Dikha 2 in 2010 as the girls’ team captain.

Sangita Ghosh married to Shailendra Singh Rathod, a international polo player and Jaipur based businessman, in 2010.

Some Facts About Sangita Ghosh

If you have more details about Sangita Ghosh. Please comment below we will updated within a hour.