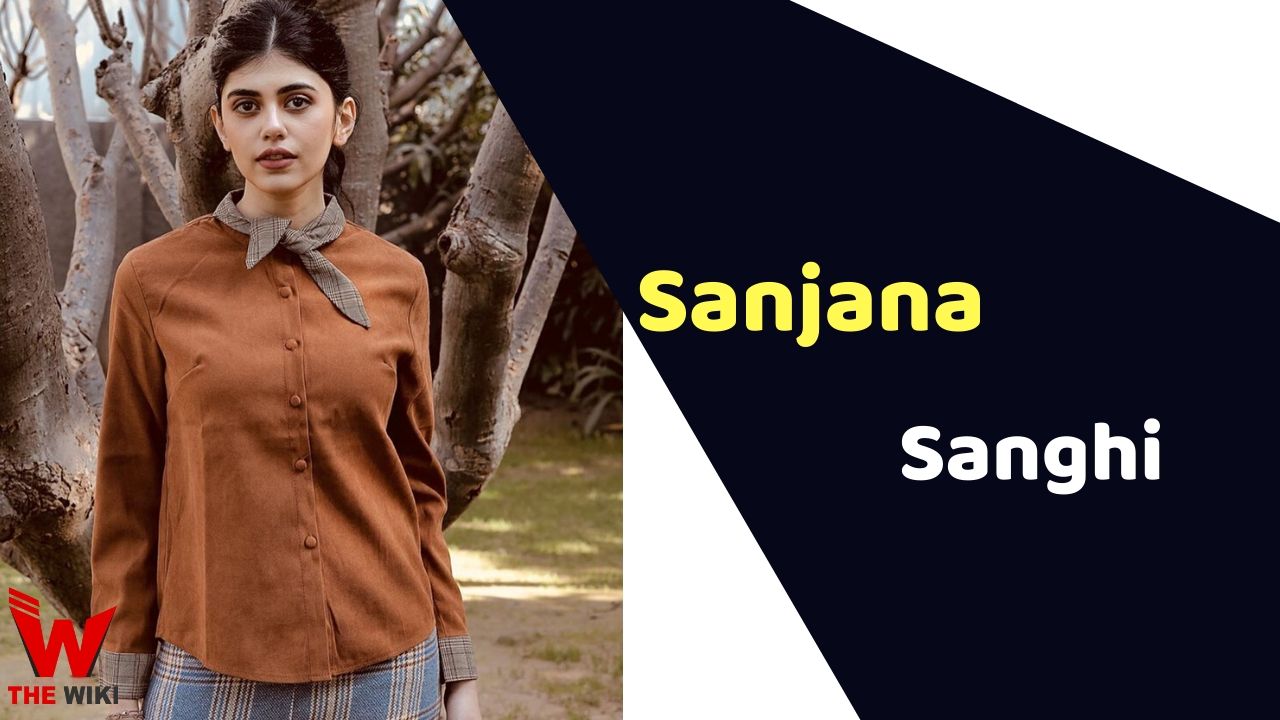 Sanjana Sanghi is an Indian film actress and model. She has worked in Bollywood films Dil Bechara, Baar Baar Dekho, Hindi Medium, and Fukrey Returns. She started her acting career in the year 2011 with the Ranbir Kapoor starrer film Rockstar.

Sanjana Sanghi was born on 2 September 1996 in Delhi. Her father Sandeep Sanghi is a famous Delhi-based businessman and company director. She also has a younger brother Sumer Sanghi in the family, who is currently working in Google. Sanjana completed her schooling from Modern School in Delhi. After which she graduated in Journalism from Lady Shri Ram College For Women. Sanjana was always very fond of acting. She used to participate in modeling and acting competitions even during college studies.

Sanjana got her first breakthrough in Bollywood in the year 2011 from the Ranbir Kapoor starrer film Rockstar. In this film, she was seen as the younger sister of Heer Kaul (Nargis Fakhri). After this film, she was seen in cameo roles in Baar Baar Dekho, Hindi Medium, and Fukrey Returns etc. Sanjana rose to fame in Bollywood film industry from Sushant Singh Rajput’s last film ‘Dil Bechara’. In which she played the role of female protagonist for the first time.

Some Facts About Sanjana Sanghi

A story of love, of hope, and of endless memories. Celebrating our dearest, and the late #SushantSinghRajput ‘s legacy that will be etched in the minds of all and cherished forever. #DilBechara is going to be coming to EVERYONE on @DisneyPlusHotstar on July 24. For the love of Sushant and his love for cinema, the movie will be available to all subscribers and non-subscribers. #SushantSinghRajput @mukeshchhabracc @arrahman @swastikamukherjee13 @sahilvaid24 #SaswataChatterjee @shashankkhaitan @foxstarhindi @sonymusicindia @disneyplushotstarvip @suprotimsengupta @amitabhbhattacharyaofficial #SaifAliKhan