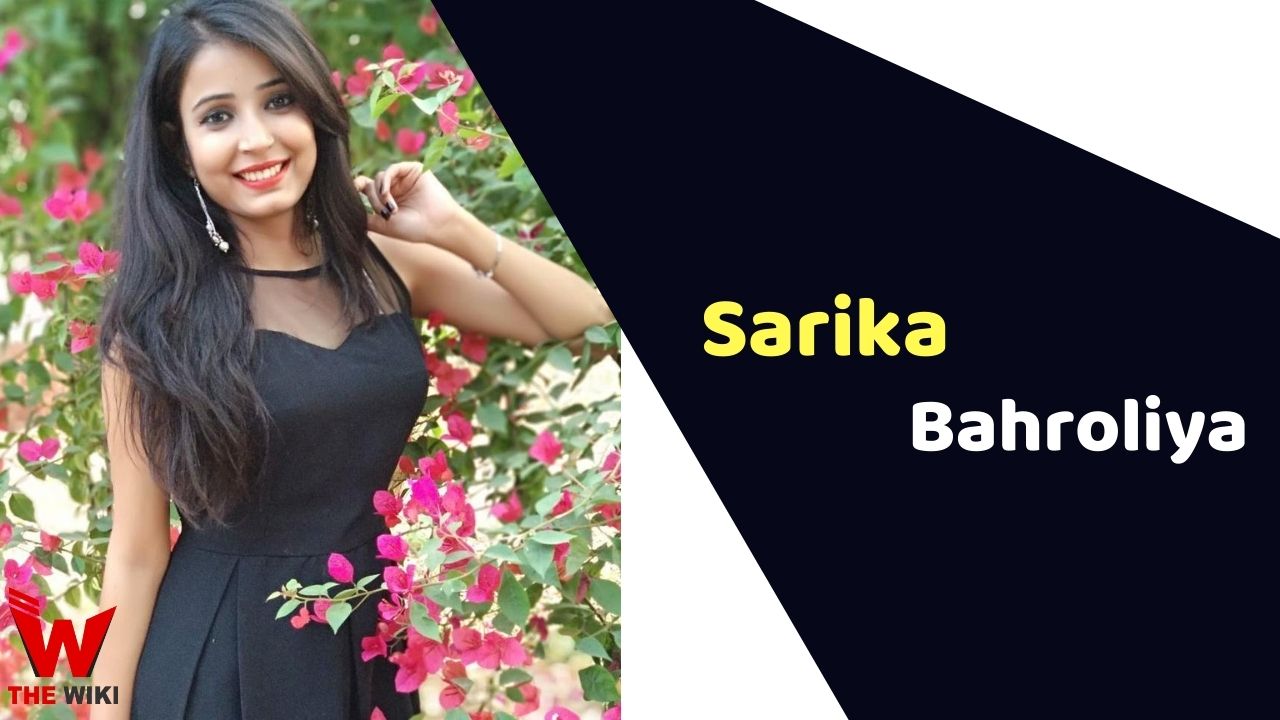 Sarika Bahroliya was born on 19 December 1995 in middle class family of Gwalior, Madhya Pradesh. Sarika developed an interest towards plays when she was in school. She participates in speeches, debates, skits when she was in school. After school, she admitted in Raja Mansingh Tomar Music & Arts University, Gwalior for graduation in Arts & music. She is trained Bharatanatyam dancer as well.

She is a very active Theatre Artist and has performed in plays like Mrignayani held at Sangai Festival in Manipur, Neeli Jheel (2018) in Gwalior.

Sarika made her Bollywood debut as a cameo role in romance-comedy film Luka Chuppi in 2019. She gained fame after his extraordinary performance in a comedy drama show Gudiya Hamari Sabhi Pe Bhari on &TV as lead character Gudiya, a notorious, fearless and frank in nature girl who creates problematic circumstances due to her notorious behaviour.

Some Facts About Sarika Bahroliya

If you have more details about Sarika Bahroliya. Please comment below we will updated within a hour.