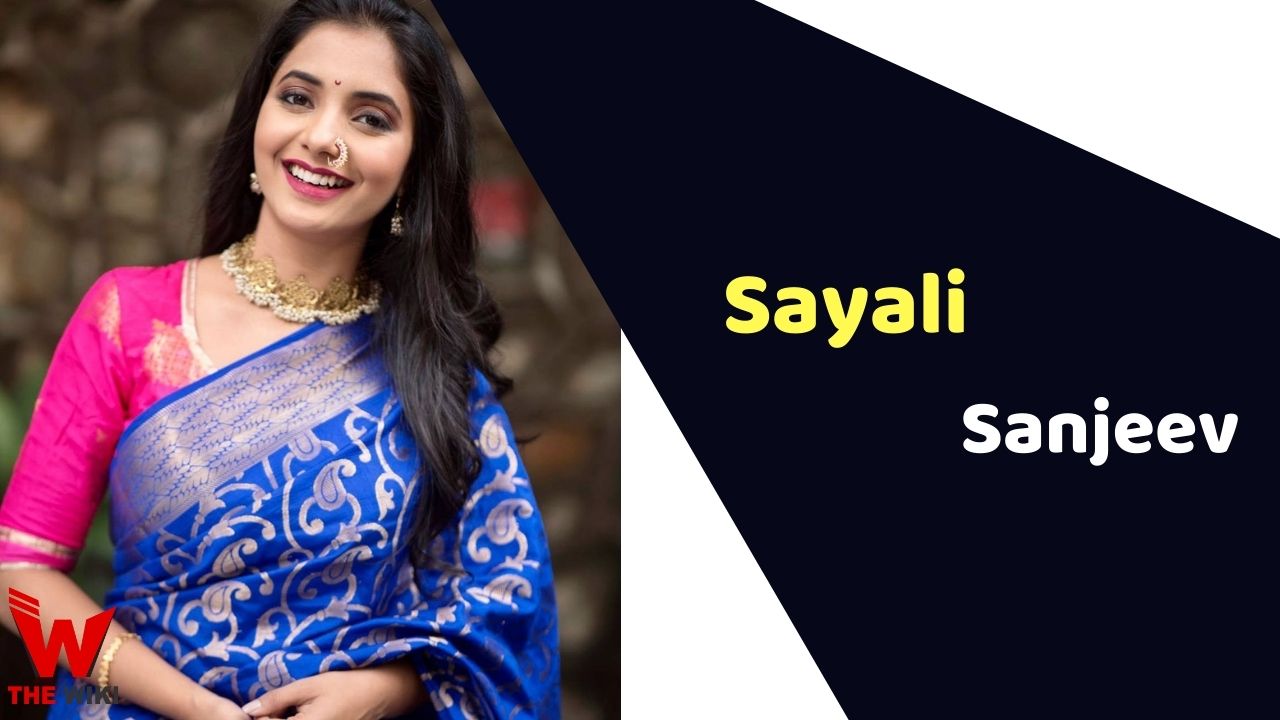 Sayali Sanjeev Chandsarkar (popularly known as Sayali Sanjeev) is an emerging Marathi actress who primarily works in the Marathi film and television industry. She is recognized by Satarcha Salman, Jhimma, and Goshta Eka Paithanichi. In 2020-21, she worked in a Marathi television show Shubhmangal Online as a lead actress opposite to Suyash Tilak.

Sayali Sanjeev was born on 31 January 1993 in the Dhule district of Maharashtra. Her father Sanjeev Chandsarkar is a Tehsildar (The officer in charge of the collection of revenues etc, in a tahsil), and her mother Shubhangi, is a housewife. Sayali also has a sibling called Shantanu Sanjeev Chandsarkar.

Sayali did her schooling from Dhule district at RJC High School. After her Schooling, she did her Bachelor’s degree in Political Science from HPT Arts and RYK Science College in Nashik, Maharashtra. Sayali stayed active in cultural activities and modeling during her university days where she had the chance.

During her college years, Sayali modeled and participated in numerous fashion shows and beauty contests.

Sayali made her debut in the Marathi Kahe Diye Pardes series, which was featured on Zee Marathi. She played the character of a girl name Gauri which got quite famous. Before appearing on television, she was featured in a music video Athavto Ka Tula in 2014. Besides soap operas, she has worked in several films such as Police Line, Atpadi Nights and Alibaug Bypass.

She has been featured in many TV commercial advertisements like Birla Eye Care, Quikr, Colgate Active Salt Neem Toothpaste etc. She has been written and directed a short film, You in My Dream.

Some Facts About Sayali Sanjeev

If you have more details about Sayali Sanjeev. Please comment below we will updated within a hour.