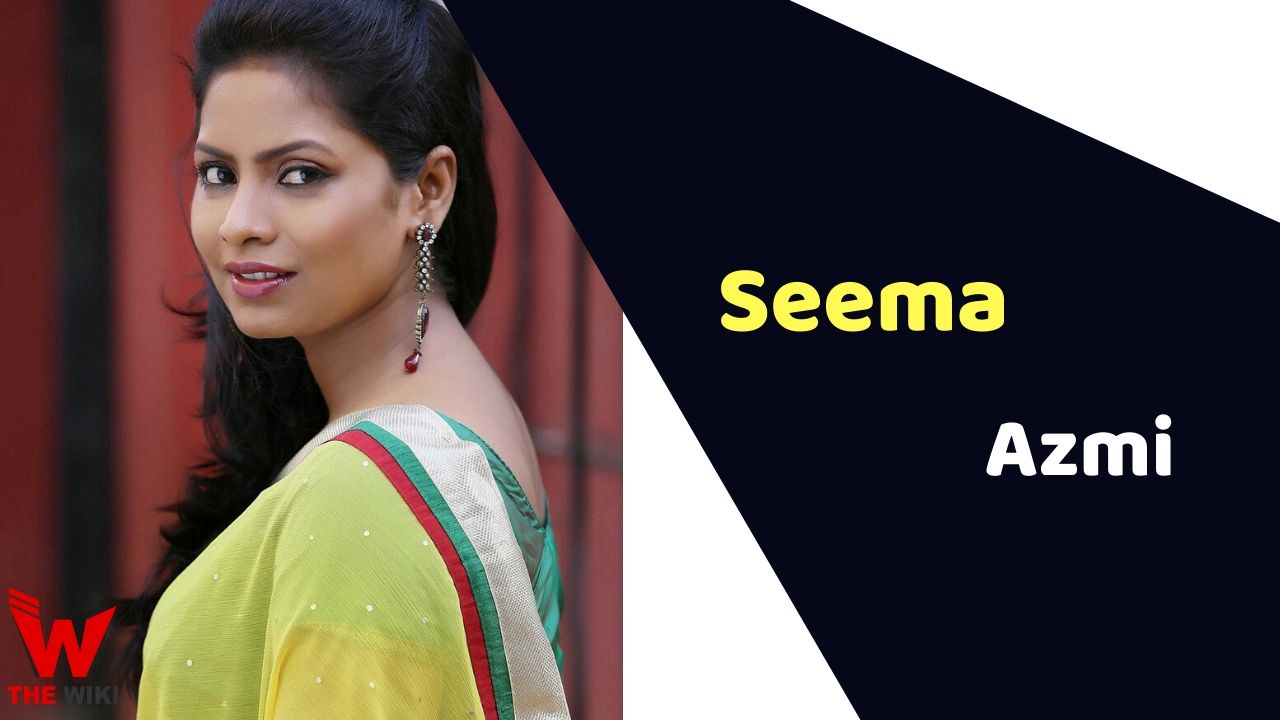 Seema Azmi is an Indian film actress and theater artist. She is known for the film Chak De India. Along with films, she has also appeared in television shows Iss Pyaar Ko Kya Naam Doon 3 and Yehh Jadu Hai Jinn Ka etc. Aanchal is originally from Guwahati, Assam.

Seema Azmi was born in Guwahati, Assam. She graduated from Delhi University. Seema always had a dream of making a career in the film acting industry, for that she also joined the National School of Drama, Delhi. She worked in Asmita Theater Group of Delhi in 1996.

Seema started her career with the film ‘Water’ in 2005. She played the role of Bahu- Rani in the film. Later she has also worked in ‘The Best Exotic Marigold Hotel’, ‘Saas Bahu Aur Sensex’, ‘Chitrafit 3.0 Megapixel’, ‘Mohalla Assi’ etc. Seema has also been worked in short films like ‘Doliyaan’, ‘Fear’ and ‘Sound of Silence: The Collision of Storms Within’ etc. Apart from films she has also seen in several television shows like Iss Pyaar Ko Kya Naam Doon 3 and Yehh Jadu Hai Jinn Ka.

Some Facts About Seema Azmi

If you have more details about Seema Azmi. Please comment below we will updated within a hour.