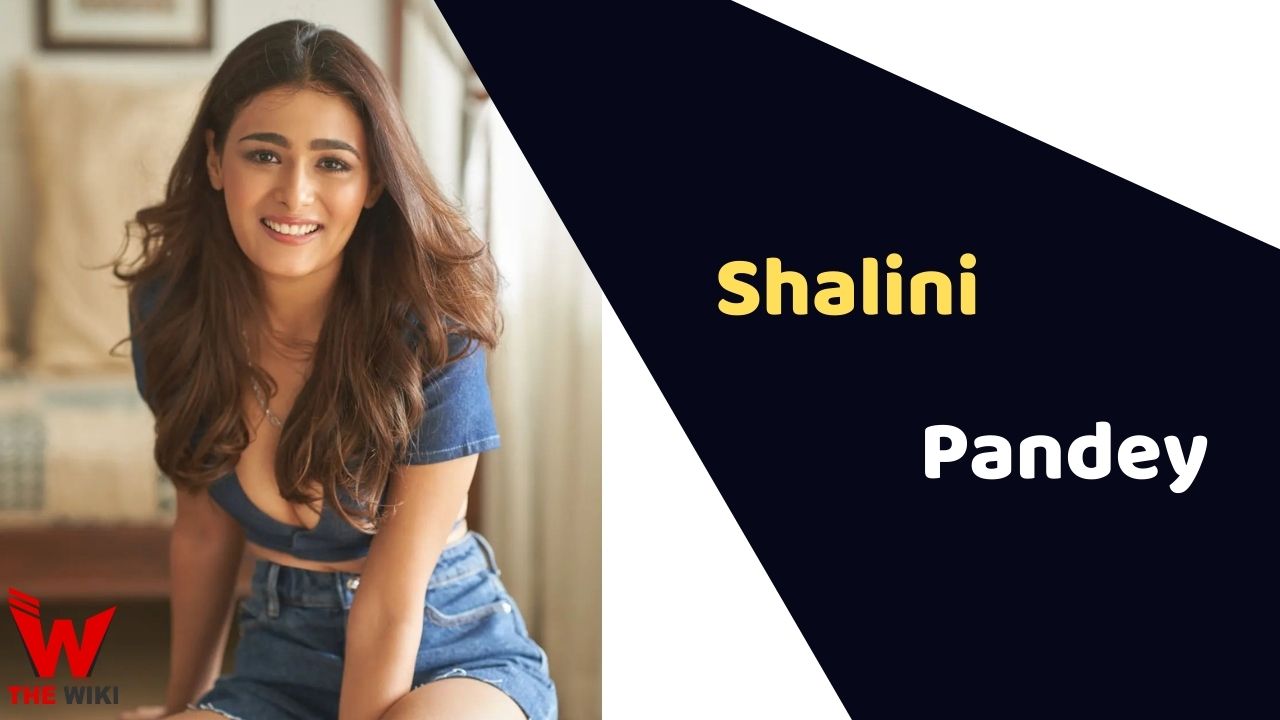 Shalini Pandey is an Indian actress and model who got featured in Telugu, Tamil, and Hindi language films and television shows. She debuted at the cinema with the romantic Telugu film Arjun Reddy as Preeti in 2017. Her other movies include 100% Kadhal, N.T.R Kathanayakdu, Bamfaad, and Nishabdham.

Shalini Pandey was born on 23 September 1993 in Jabalpur, Madhya Pradesh. She has a sibling named Pooja Pandey. She did her schooling at Christ Church Girls, Jabalpur, and graduated from Global Engineering College, Jabalpur.

Shalini started her career with the Telugu romantic-drama film Arjun Reddy as Dr. Preethi Shetty, girlfriend of Arjun Reddy, in 2017. The film brought her instant limelight in the industry, later it also remade in Hindi as Kabir Singh. She played the role of Jhansi, the love interest of Jeeva, in the Tamil heist movie Gorilla in 2019. The same year, she starred opposite to Raj Tarun in the romantic-drama movie Iddari Lokam Okate as Varsha. It is a remake of the Turkish 2011 movie Love Likes Coincidences.

Shalini appeared as Neelam in the 2020 action-romantic film Bamfaad followed by Telugu thriller movie Nishabdham as Sonali. She did a Hindi comedy-drama film Jayeshbhai Jordaar as Mudra Patel, wife of Jayesh, in 2022.

Some Facts About Shalini Pandey

If you have more details about Shalini Pandey. Please comment below we will update within an hour.