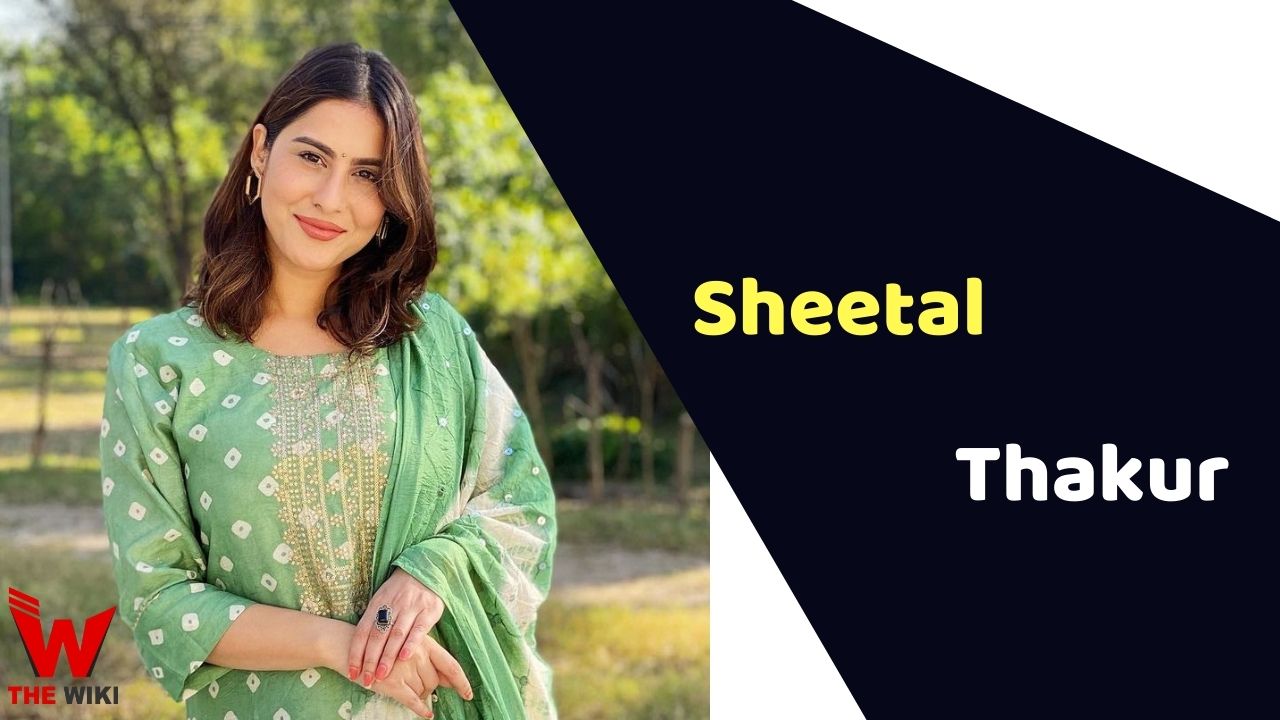 Sheetal Thakur is an Indian film and television actress. She is famously recognized for Bambukat (2016), Long LIve Brij Mohan (2017), and Chhappad Phaad Ke in 2019. She got featured in the music video Ninja: Jinna Royi Aan in 2022.

Sheetal Thakur was born on 2 April 1992 in Dharmshala, Himachal Pradesh. She has two siblings named Yuvraj and Shivani. She did her schooling at St. Xavier’s Senior secondary school, Chandigarh, and graduated from the University of Delhi.

Sheetal began her career with the comedy-drama movie Bambukat as Sammi in 2016. She appeared in the short comedy film Dark Brew as Ms. Ria Bajaj aas, a Psychiatrist, in 2017. In the same year, she got featured in the comedy crime-drama movie Long Live Brij Mohan as Simi in 2017. It is the story of a man feigning his own death. She acted as Jaya in the 2019 drama movie Upstarts. In 2019, she played the role of Ketaki Gupchup in the film Chhappad Phaad Ke. She did a drama movie Shukranu as Aakrti in 2020.

Along with films, Sheetal made her debut with the television comedy-drama series Banned as Nirmal in 2018. Banned is a heart-wrenching musical voyage of four Sirsa boys. She starred in the 2019 romantic series Fuh se Fantasy.

Sheetal Thakur tied the knot with Vikrant Massey in the year 2022.

Some Facts About Sheetal Thakur

If you have more details about Sheetal Thakur. Please comment below we will updated within a hour.