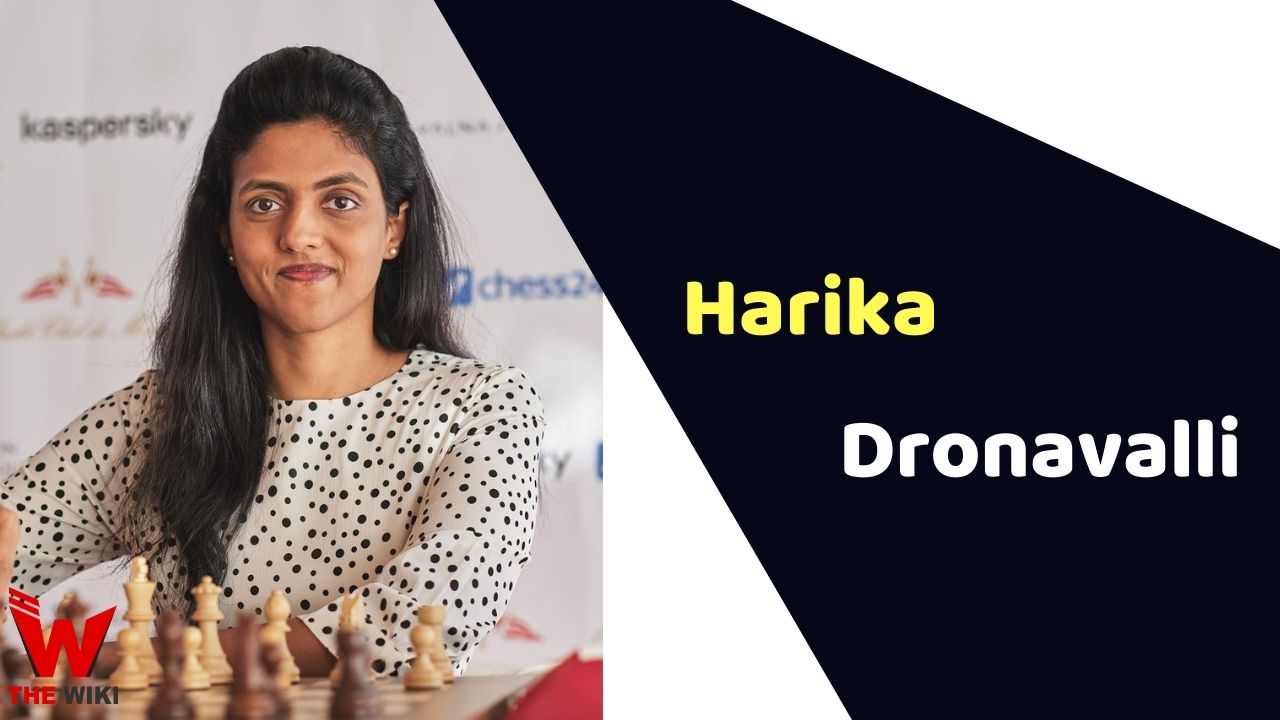 Harika Dronavalli is an Indian chess player and has the title of Grand Master of FIDE. In 2012, 2015, and 2017, she took home three bronze medals at the Women’s World Chess Championship. She received the Arjuna Award from the Government of India in 2007-08.

Harika Dronavalli was born on 12 January 1991 in Gorantla, Guntur, Andhra Pradesh. Her father’s name is Ramesh Dronavalli, and her mother’s name is Swarna Dronavalli. She did her schooling at Sri Venkateswara Bala Kuteer.

Harika became involved in chess early on. She earned a medal at the National U9 Championship. She went on to win a silver medal at the World Chess Championship for girls under the age of ten. It was at this point that she approached her NVS trainer Ramaraju, who refined her play. Following Humpu Koneru, she became the second female Indian to become a grandmaster.

Harika Dronavalli tied the knot with Karteek Chandra in 2018.

Some Facts About Harika Dronavalli

If you have more details about Harika Dronavalli. Please comment below we will updated within a hour.