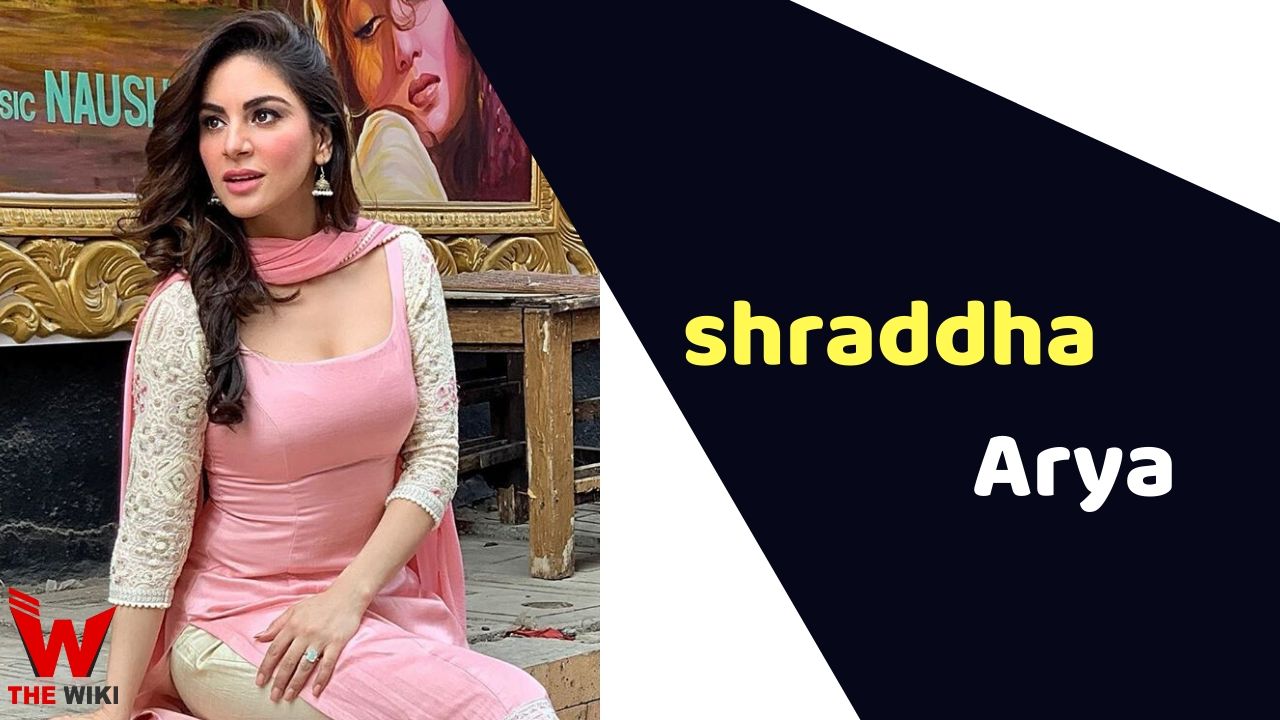 Shraddha Arya is an Indian television actress. She is known for television shows like Main Lakshmi Tere Aangan Ki, Tumhari Paakhi, Kasam Tere Pyaar Ki and Kundali Bhagya. She started her career with the TV show India’s Best Cinestars Ki Khoj in the year 2004. In which she was seen as a Contestant.

Shraddha Arya was born on 17 August 1987 in New Delhi. She was fond of acting since childhood. Her hobby later brought her to the Mumbai film industry. She completed her schooling from delhi’s Hans Raj Model School. After which she completed her graduation from Delhi College of Arts and Commerce. After completing her graduation, she moved to Mumbai to pursue further studies.

Shraddha started her career at the age of 16 with the TV show India’s Best Cinestars Ki Khoj. She was the first runner up in this show. After appearing in this show, she made her stand in the South Film Industry and from 2006 to 2011, she appeared in many films like Kalvanin Kadhali, Godava, Kothi Muka, Romeo, Vandae Maatharam. Shraddha’s achieved success in the television industry by playing lead role in Serial Main Lakshmi Tere Aangan Ki. After this show, she never looked back and appeared in many TV shows like Tumhari Paakhi, Dream Girl, Kundali Bhagya, Kasam Tere Pyaar Ki etc.

Shraddha Arya has a lot of media headlines for her personal life. In 2015, her engagement was finalized with an NRI Jayant Ratti, but this engagement was broken due to compatibility issues. She was later in a relationship with Alam Makkar and they were seen together in Star Plus show Nach Baliye in 2019. In 2021, Shraddha married to a Delhi-based naval officer named Rahul Sharma.

Some Facts About Shraddha Arya

Thank You @zeetv For adding a little Sparkle in all of our lives Last Night!! You do it the Best! #FavoriteCharacterFemaleZee5 #FavoriteJodi Many Thanks & Congratulations to our Amazing Fans, Followers, Well-Wishers, Family, @ektaravikapoor & Team #KundaliBhagya ❤️