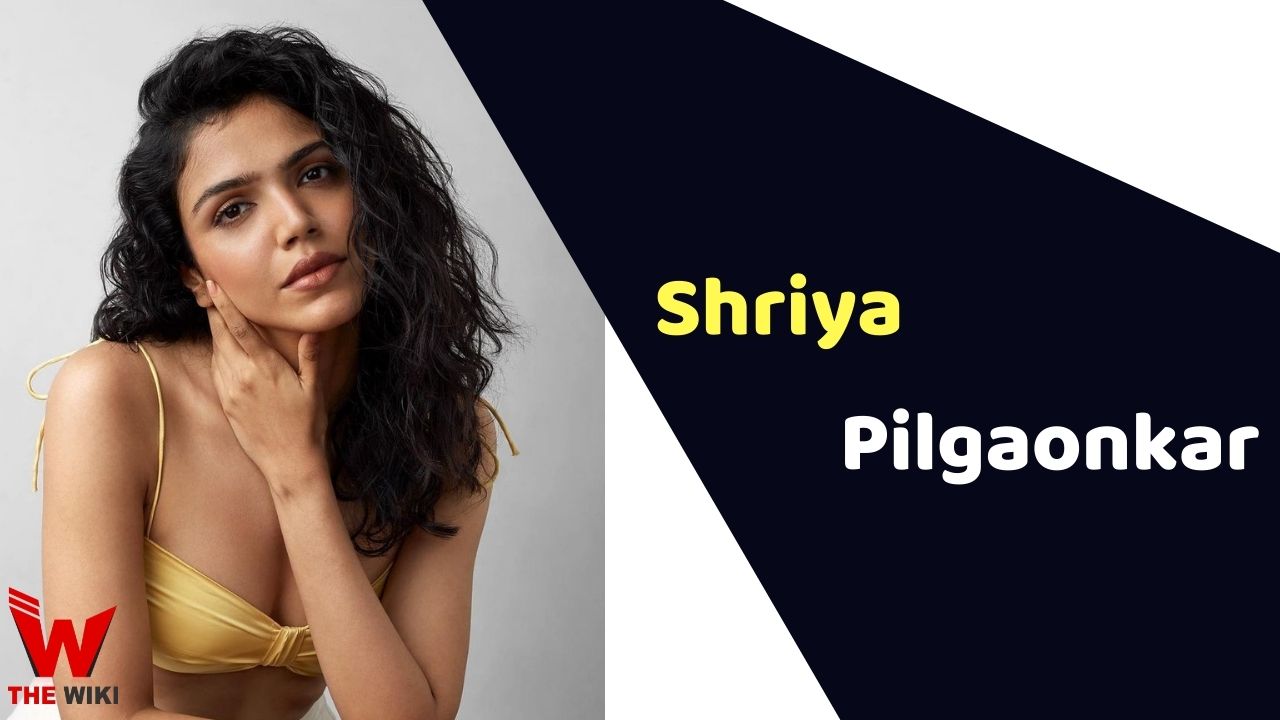 Shriya Sachin Pilgaonkar is an Indian film and television actress, filmmaker, producer, and performing artist. She is the daughter of the famous Bollywood actors Sachin and Supriya Pilgaonkar. She is most notable for Mirzapur (2018), Fan (2016), Beecham House (2019), and House Arrest (2019).

Shriya Pilgaonkar was born on 25 April 1989 in Mumbai, Maharashtra, India. Her father’s name is Sachin Pilgaonkar, are famous Marathi and Hindi television actor, and her mother’s name is Supriya Pilgaonkar, who is a famous tv actress. Shriya completed her Bachelor’s degree in Sociology at St. Xavier’s College in Mumbai. Later she has done a Diploma in Acting at Film & Television Institute of India, Pune, and Harvard Summer School, USA.

Shriya debuted with the Hindi television series Tu Tu Main Main as a child actor (Character named Bittu) at the age of 5. She made her stage debut with her performance in the 10-minute short film by Karan Shetty, Freedom of Love 2012. In the play, she performed, sang, and danced. She gained much popularity after the Indian thriller series Mirzapur as Sweety in 2018 aired on Amazon Prime Video. She has done various television series like Stupid Cupid in 2015, 13 Mussoorie in 2018, Beecham House in 2019, The Gone Game in 2020, Crackdown in 2020.

Shriya debuted on the big screen from the movie Marathi Ekulti Ek in 2013. Her debut earned her six prizes. She got approached by the veteran actor of the theater Akarsh Khurana to play in Internal Affairs and Common People. After playing in both films, she was allowed to work in the French movie Un Plus Une, directed by Oscar-winning filmmaker Claude Lelouch. She appeared in numerous films like Jai Mata Di in 2017, House Arrest in 2019, Bhangra Paa Le in 2020, and Kaadan in 2021.

She debuted at Bollywood in the movie Fan in 2016, produced by Aditya Chopra. Pilgaonkar is an actress, yet a director and producer of short films. In 2012, she attended Harvard University for Summer School, where she worked on her own short films. She directed Painted Signal and Panchgavya, a short film and a documentary that co-directed with Hana Kitasei. Shriya co-directed and edited Dresswala with Siddharth Joglekar, officially selected at the Mumbai Film Festival in 2012. She has appeared in commercials for Rin Supreme, Amul Lassi, Good Day Mum’s Magic, and TataSky Mobile.

Some Facts About Shriya Pilgaonkar

If you have more details about Shriya Pilgaonkar. Please comment below we will updated within a hour.