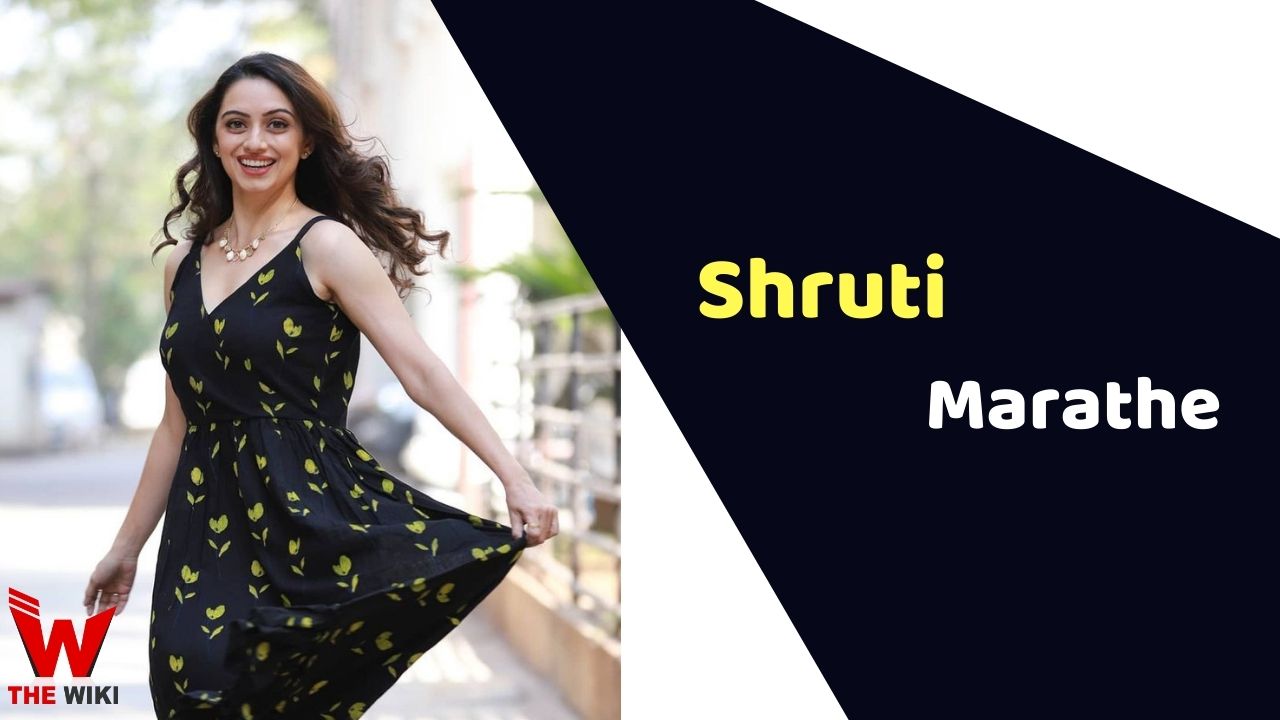 Shruti Marathe is an Indian film and television actress and model. She is popularly known for her works in Marathi and Tamil cinema. She is also quite active on Hindi television industry. Shruti has worked in several TV shows such as Radha Hi Bawari, Lagnabambaal, Jaago Mohan Pyare and Rudrakaal.

Shruti Marathe was born on 9 October 1986 in Pune, Maharashtra. Her mother is Smita Marathe and father’s name is Parshuram Marathe. She got married to Marathi actor Gaurav Ghatnekar in 2016. She did her schooling from St. Mira’s English Medium School, Pune and completed her graduation from St. Mira’s College.

Shruti made her debut in acting industry by Marathi film Sanai Choughade (2008). After that she was also featured in some Tamil films including Indira Vizha (2009), Naan Avanillai 2 (2009), Aravaan (2012) etc. In year 2016, she made her Bollywood debut with Soumendra Padhi directed film Budhia Singh – Born to Run, starring Manoj Bajpayee, Mayur Patole and Tillotama Shome. She subsequently seen in Wedding Anniversary (2017) as a supporting actress.

Some Facts About Shruti Marathe

If you have more details about Shruti Marathe. Please comment below we will updated within a hour.