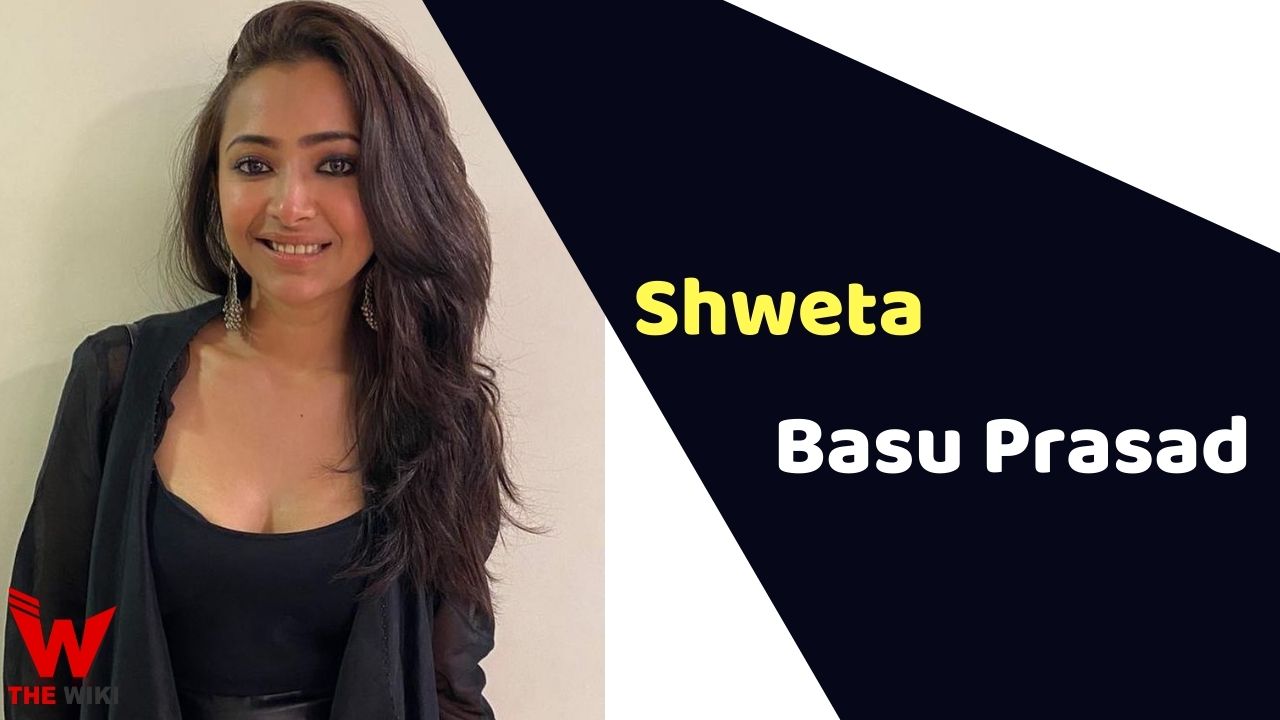 Shweta Basu Prasad is an Indian film and television actress. She acted in various movies and serials. She is best known for Makdee (2002), Vaah! Life Ho To Aisi (2005), Iqbal (2002) and Kotha Bangaru Lokam (2008). Prasad played female protagonist role in Star Plus television show Chandra Nandini in 2017.

Shweta Basu Prasad was born on 11th January, 1991 to Anuj Prasad and Sarmistha Basu Prasad in Jamshedpur, Jharkhand. Her father is a direction and acting Diploma holder from Shreeram Center, New Delhi. Her father is from Bihar and her mother is from West Bengal. Shweta has a younger brother named Rahul Basu Prasad. She completed her schooling from RN Podar School, Mumbai. Later she graduated with a Bachelor of Commerce degree. She currently lives in Mumbai.

Shweta started her career as a child actress in Hindi film and television series like Makdee in the year 2002. She won National Award for Best Child Actress for her excellent performance as Chunni and Munni in film. Later she got offer to work in several Hindi television show including Kahaani Ghar Ghar Kii and Karishma Kaa Karishma. Apart from Hindi, she also worked in Tamil, Telugu and Bengali cinema. In 2005-06, she acted in Iqbal, Darna Zaroori Hai and Vaah! Life Ho To Aisi.

After being successful in the film industry, she took a break from acting for some time and started focusing on studies. While studying mass media, she made a documentary film on famous musicians including names like Shubha Mudgal, A R Rahman, Pandit Shiv Kumar Sharma, Pandit Hari Prasad Chaurasia.

In 2017, Prasad rose to fame again in the acting industry with Star Plus’ popular television show Chandra Nandini, in which she appeared in the lead role of Nandini opposite Rajat Tokas. After this show, she worked on projects like The Tashkent Files, Shukranu, Ray and Hostages.

Shweta Basu Prasad was married to filmmaker Rohit Mittal on 13 December 2018. But after a year of marriage, she announced her separation with an Instagram post.

Some Facts About Shweta Basu Prasad

If you have more details about Shweta Basu Prasad. Please comment below we will updated within a hour.