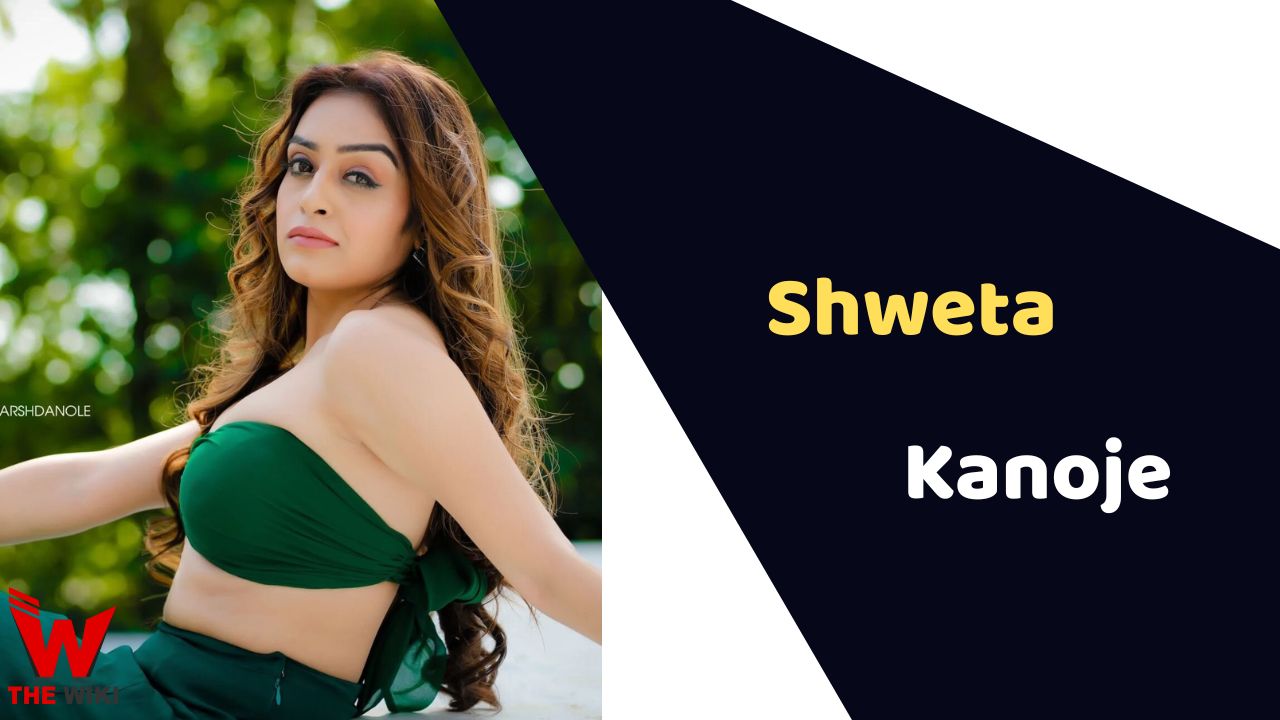 Shweta Kanoje was born on 22 March 1992 in Nagpur, Maharashtra. Her parents are Mr. Kishor Kanoje and Mrs. Rekha Kanoje. She also has a brother named Vivek Kanoje. She completed her graduation from Priyadarshini College of Engineering & Architecture and INIFD from Nagpur University. Ever since her college days, she started doing theatre plays at Chirag theatre, after that she decided to make her career in acting.

Shweta Kanoje rose to prominence with the television action drama-history series Jodha Akbar as Nazima Begum in 2015. She also essayed the role of Kaushalya in the action drama-fantasy series Jai Jai Jai Bajrang Bali in 2015 which was based on the life of Hanuman. In 2015, she acted in the crime web series Code Red as Prathiba. From 2015 to 2016, she starred in the family-romance series Qubool Hai as Chief Dayan.

The actress has also made appearances on popular shows such as Crime Patrol, Crime Alert, Cheekh, CID, etc. In 2022, she appeared in the TV show Yashomati Maiya Ke Nandlala as Asthi.

Shweta is married to television actor Ashish Dixit. The couple tied the knot after around 2 years of dating each other on 28 May 2019, in Mumbai. Her husband shared that, they met at a professional meeting a few years back before dating and got connected with each other. The actor said that co-incidentally both of them did their engineering in Nagpur.

Some Facts About Shweta Kanoje

If you have more details about Shweta Kanoje. Please comment below we will update within an hour.