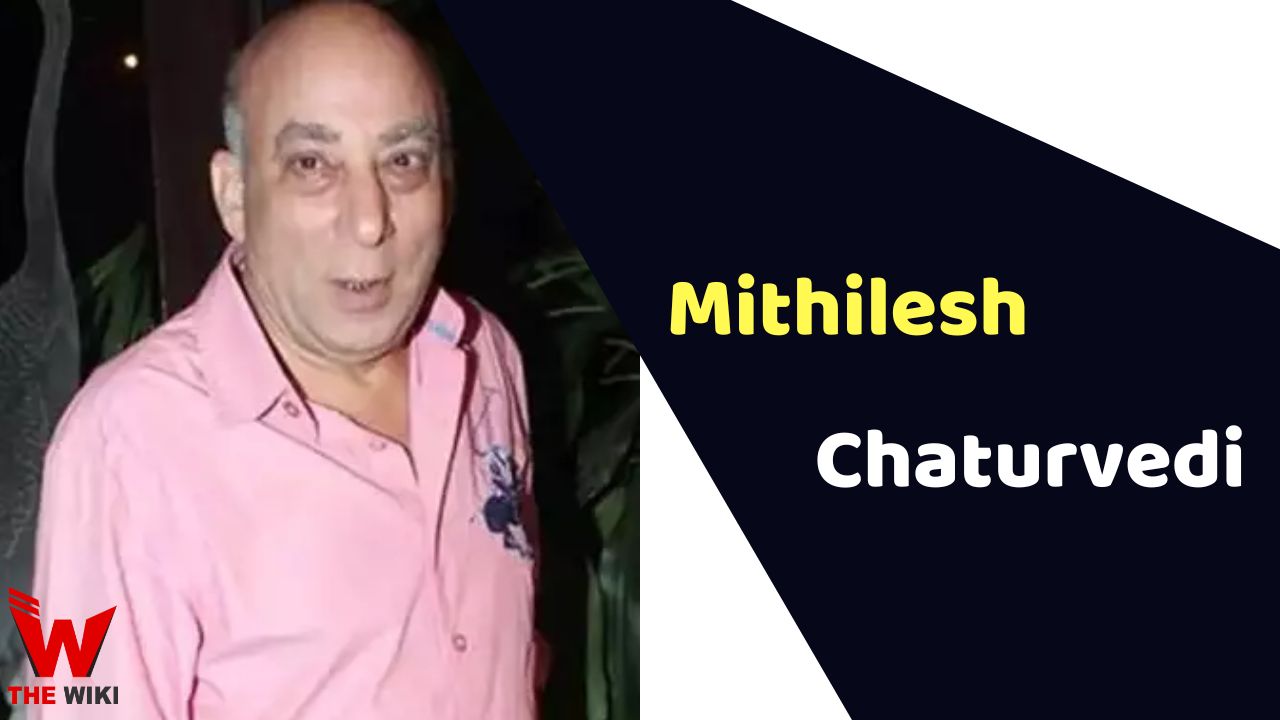 Mithilesh Chaturvedi was an Indian actor. He is best known for his performance in Bollywood films like Koi… Mil Gaya, Satya, Gadar: Ek Prem Katha, Mohalla Assi and Krrish. In 2020, he appeared in Hansal Mehta’s web series Scam 1992: The Harshad Mehta Story. He died on 4 August 2022 due to Cardiac arrest at his hometown Lucknow.

Mithilesh Chaturvedi was born on 15 October 1953 in Lucknow, Uttar Pradesh. He made his Bollywood debut in 1997 with the film Bhai Bhai starring alongside Samrat Mukerji, Manek Bedi, Shakti Kapoor, Gulshan Grover and Prem Chopra. Later he was a part of many films like Satya, Taal, Fiza, Road, Gandhi My Father. Mithilesh rose to fame by playing Mr. Mathur’s character in Hritik Roshan starrer film Koi Mil Gaya and its sequel Krrish. Mithilesh made his own identity in Bollywood film industry by performing different characters. In 2020, he was last seen in the web series Scam 1992. Mithilesh was currently working on a film named Banchhada.

Some Facts About Mithilesh Chaturvedi

If you have more details about Mithilesh Chaturvedi. Please comment below we will update within an hour.