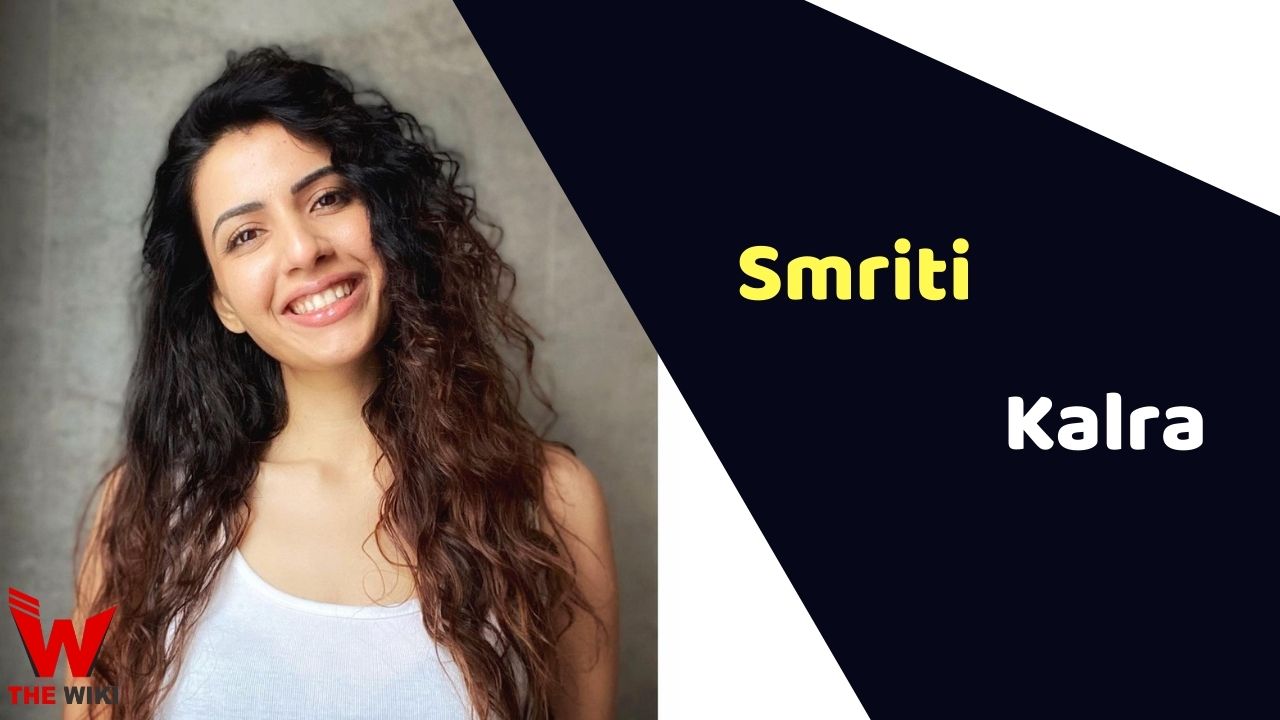 Smriti Kalra is an Indian television and film actress. She was starred as Simmi in 12/24 Karol Bagh on Zee TV. She earned fame with the young television show Suvreen Guggal – Topper of the Year as Suvreen, which aired on Channel V.

Smriti Kalra was born on 26 October 1987 in Pathankot, Punjab. She has completed her graduation from Delhi University in Journalism.

After finishing her journalism degree, Smriti began her career with CNBC and later worked as an RJ with Red FM before moving on to acting. Smriti started acting with the television dramedy series 12/24 Karol Bagh as Simran, from 2009 to 2010. The story addressed the conflicts between the present generation of children and their parents. In 2010, she took part in the tv reality show Meethi Choori No. 1. on Imagine TV. From 2012 to 2013, she got featured as female protagonist in the serial Suvreen Guggal – Topper of The Year.

In 2015, she hosted the romantic drama show Pyaar Tune Kya Kiya Season 5. From 2017 to 2018, she acted in the tv show Dil Sambhal Jaa Zara as Ahana Raichand, Ahana Anant Mathur. She guest-starred in the reality show Fear Factor: Khatron Ke Khiladi 10 in 2020.

Some Facts About Smriti Kalra

If you have more details about Smriti Kalra. Please comment below we will updated within a hour.