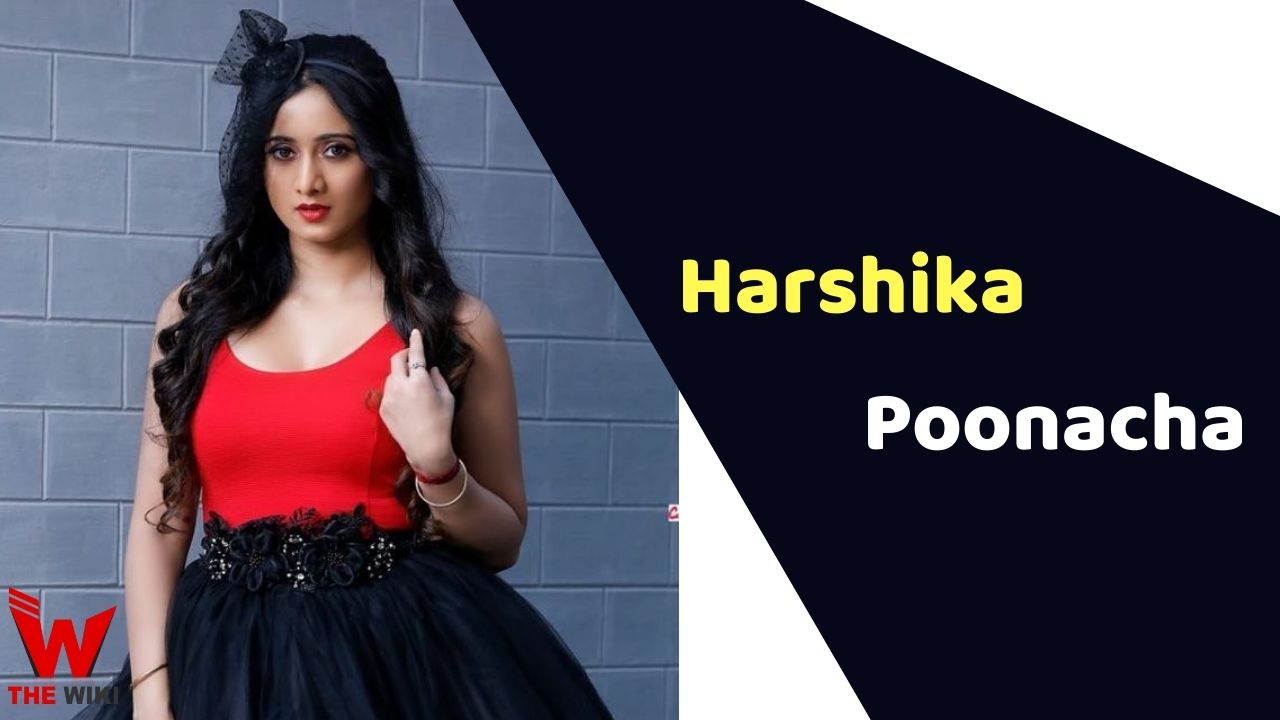 Harshika Poonacha is an Indian actress who has worked in movies in a variety of languages like Kannada, Konkani, Kodava, Telugu, Malayalam, and Bhojpuri films. She has worked in popular films like Udgharsha, Upendra Matte Baa, Bhale Jodi, Murali Meets Meera, Naariya Seere Kadda etc. Harshika has been active in acting industry since 2008.

Harshika began her career with the Kannada film PUC as Gowri in 2008. She debuted with the Kodava film Ponnamma in 2009. In the same year, she made her debut with Konkani film Kazar as the wife of NRI boy in 2009. The Next year, she did a Kannada film Sugreeva in 2010. It is a remake of an American film John Q. Harshika played the role of Amreen Sabha in the Kannada movie Thamassu in 2010 and received positive reviews and won Karnataka State Film Award for Best Supporting Actress. The story was inspired by a Hindu-Muslim incident.

In 2010, Harshika got featured as Yashodha in the Kannada action-drama movie Jackie. The film was particularly noticed for its music by V and also nominated her Filmfare Award for Best Supporting Actress (Kannada). The same year, she appeared in the movie Jugaari followed by Naariya Seere Kadda and Murali Meets Meera.

In 2011, Harshika appeared as Sheetal in the comedy movie 5 Idiots. It is the remake of the Hindi movie Darwaaza Bandh Rakho. She starred in the romantic film Ko-Ko as Ganga in 2012. In 2017, she got featured in the Kannada supernatural movie Upendra Matte Baa. She later debuted with the Malayalam film Charminar as Nanda in 2018. She did a Kannada suspense action-thriller film Udgharsha in 2019.

Some Facts About Harshika Poonacha