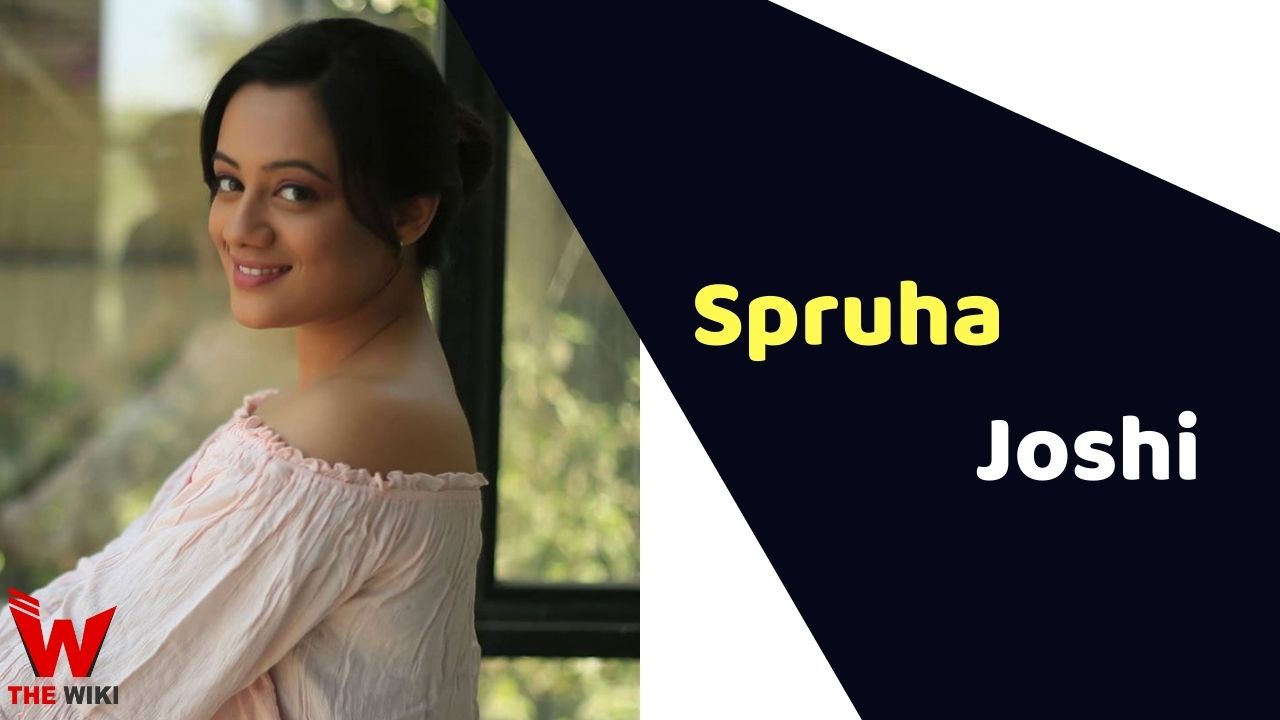 Spruha Joshi is an Indian television, film and theatre actress. She is known for her work in Marathi film and television industry. She has worked in films Maybaap (2004), Vicky Velingkar (2019), Class of ’83 (2020) etc. Apart from this, she has also worked in many television commercials, theatre, music albums and web series. Spruha is originally from Mumbai, Maharashtra, India.

Spruha Joshi was born on 13 October 1989 in Mumbai, Maharashtra. Her father Shirish Joshi works at Trimax Company. Her mother Shreeya Joshi is a housewife. She also has two siblings Ajinkya Joshi and Kshipra Joshi in the family. Spruha always wanted to become an actress so she started her career at very young age.

Spruha completed her early education from Balmohan Vidyamandir, Dadar. She then graduated from Ramnarain Ruia College, Mumbai. She is also a poet.

Spruha Joshi started her career as a child artist in the year 2004 with a drama movie Maai Baap. Later she got opportunity to work in many films Morya, A Paying Ghost, Paisa Paisa, Lost and Found, Deva Ek Atrangee, Vicky Velingkar, Class of ’83 etc.

She started her television career with television show Agnihotra in 2011. Her notable performance was seen in TV shows like Unch Maaza Zoka, Eka Lagnachi Dusri Goshta, Prem He etc. She has also worked in Zee5’s web series Rangbaaz Phirse as Rukmini.

Spruha Joshi married Varad Laghate on 28 November 2014. They were in relationship for five years. Varad is a journalist and works at Loksatta newspaper.

Some Facts About Spruha Joshi