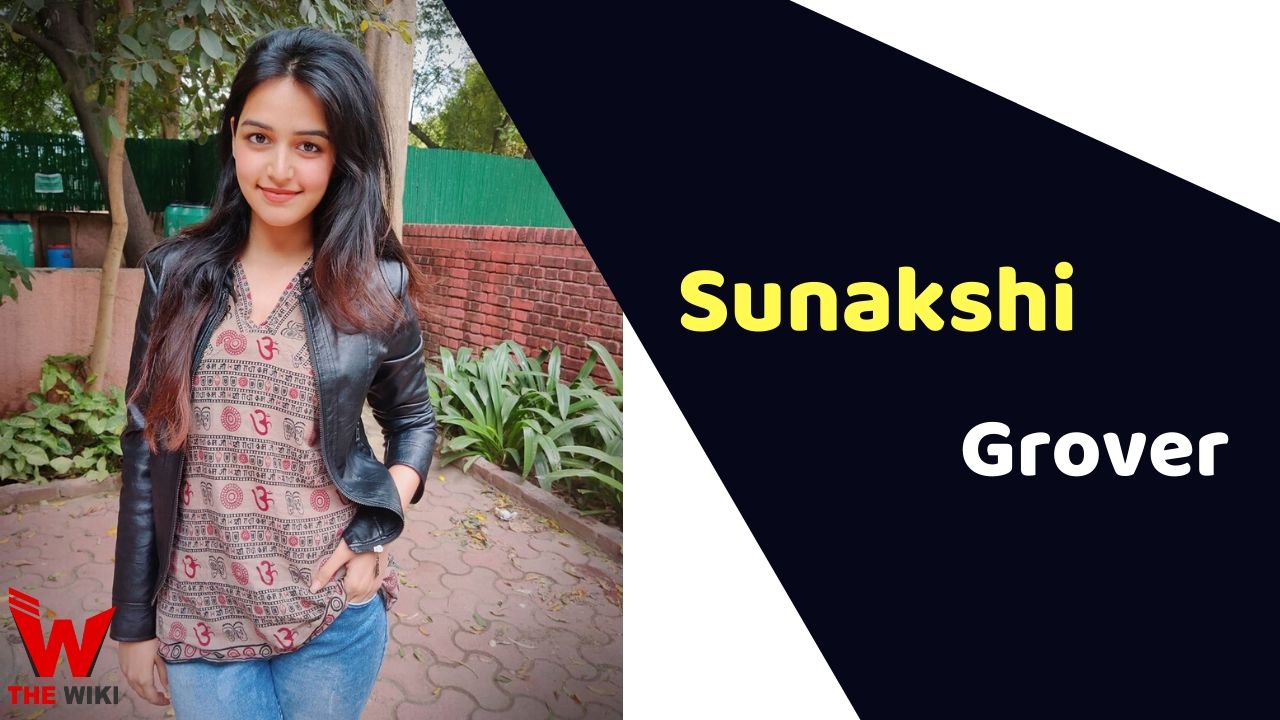 Sunakshi Grover is an Indian actress. She is known for her performance as Anusha in popular web series Flames and its sequels. She has also appeared in Amazon Prime Video’s series Rasbhari. Apart from this, she has also worked in several YouTube series of TVF and FilterCopy. Sunakshi is originally from Delhi, India.

Sunakshi Grover was born on 28 November 1998 in New Delhi. She belongs to a Hindu family. She did her schooling from Mater Dei Convent School in Delhi. After which she did BA in Psychology Hons. from Kamala Nehru College. Sunakshi has always loved acting. During college, she got trained at the National School of Drama and was also a part of several theatre plays.

Grover started her professional career through TVF’s YouTube series. After doing some videos, she got a chance to play the lead role in TVF’s web series Flames. In this series she appeared alongwith Ritwik Sahore, Tanya Maniktala, Shivam Kakar. Flames’ first season was very successful, after which she appeared in its second season as well. Grover also played an important role in Swara Bhaskar’s web series Rasbhari in 2020.

Some Facts About Sunakshi Grover

If you have more details about Sunakshi Grover. Please comment below we will updated within a hour.