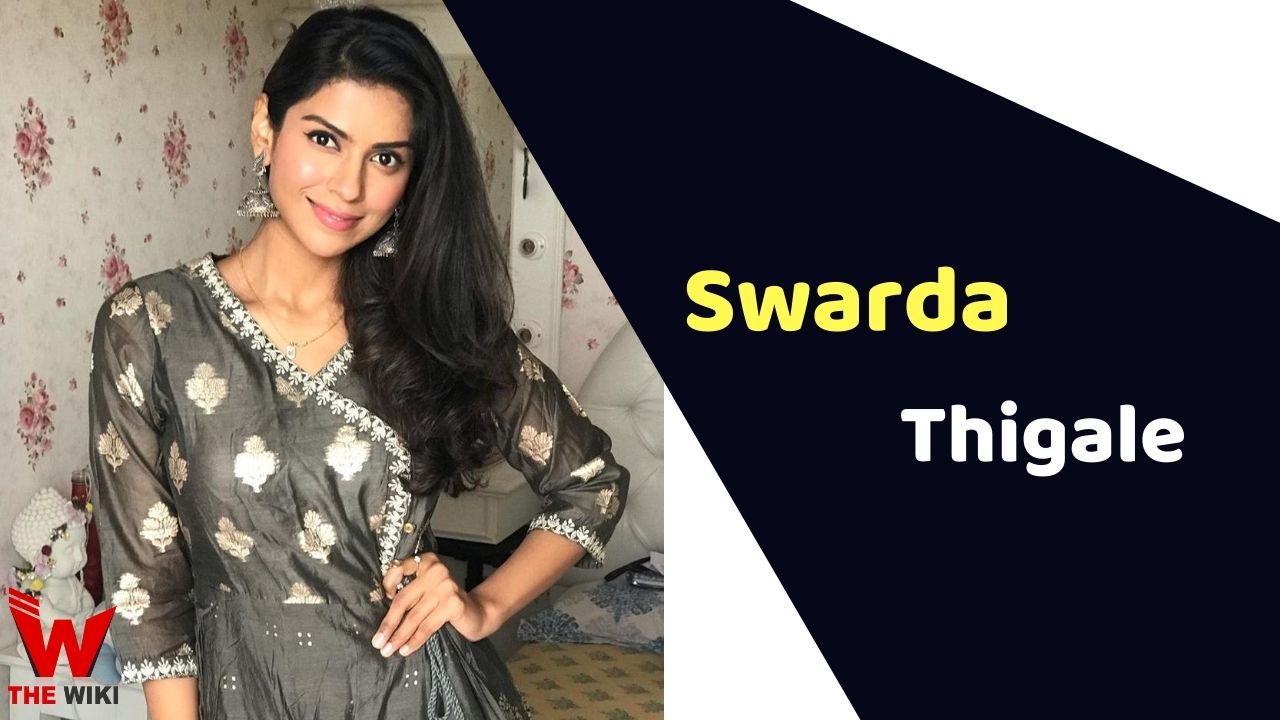 Swarda Thigale is an Indian television actress. She is known for television shows Savitri Devi College & Hospital and Pyaar Ke Papad. She started her career with the Marathi television show Majhe Mann Tujhe Zhale in 2013. Apart from this, she has also been a part of Marathi films.

Swarda Thigale was born on 29 October 1994 in Pune, Maharashtra. She belongs to a Marathi family. Her father Dr. Rajendra Thigale is a college professor. Apart from them, She also has a younger brother in the family. Swarda received her schooling from Sinhgad Spring Dale School in Pune. After which she did her graduation and post graduation from Sinhgad College of Commerce and Fergusson College respectively.

Swarda started her career with the role of Shubra in the Marathi television show Majhe Mann Tujhe Zhale. This show is based on a 20 old girl Shubhra, who falls in love with a sensible thirty two-year-old Math professor, Rajsekhar. After this show, she received offers for several television shows. During this time Swarda worked in many theater plays and films.

In 2017, Swarda made her Hindi television debut with the Colors TV show Savitri Devi College & Hospital in which she played the role of Saachi Mishra. Swarda also appeared in the serial named Pyaar Ke Papad.

If you have more details about Swarda Thigale. Please comment below we will updated within a hour.