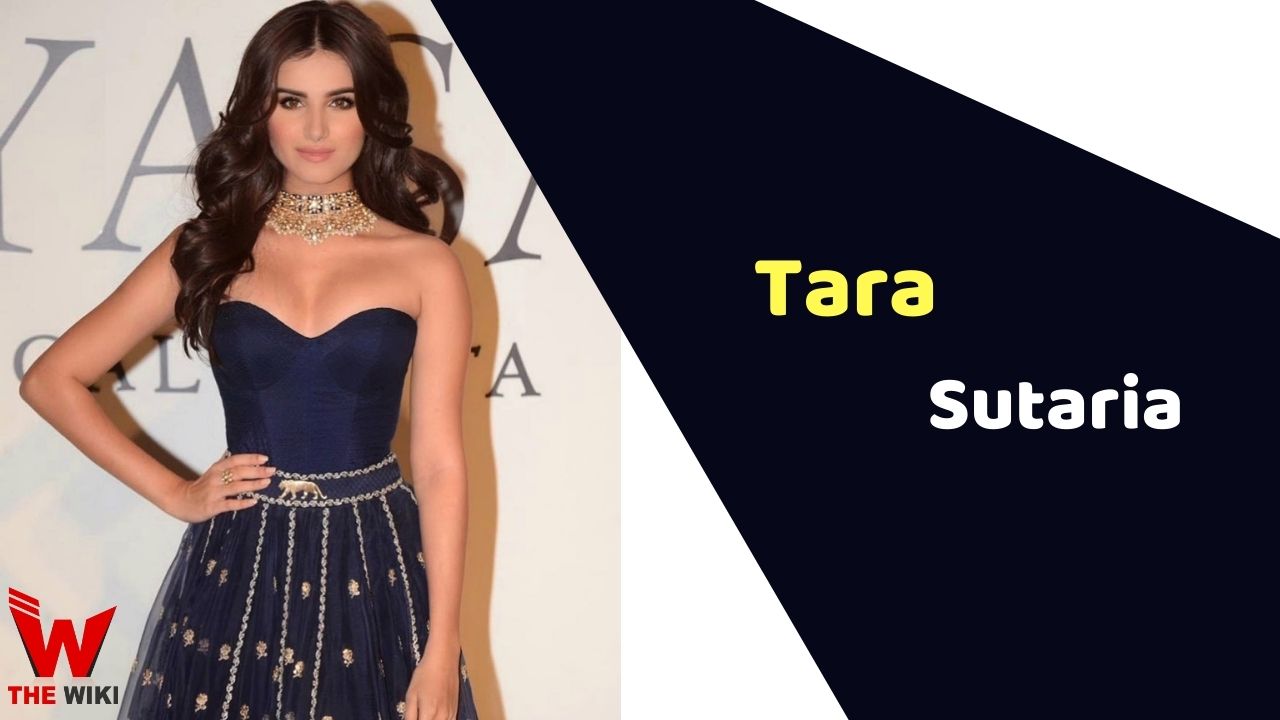 Tara Sutaria is an Indian television and film actress. She is known for playing the role of Mia in the film Student of the Year 2 in 2019. Tara started her career as a child artist and hosted Big Bada Boom in 2010. She has performed in the music album Masakali 2.0 in 2020.

Tara Sutaria was born on 19 November 1995 to Himanshu Sutaria and Tina Sutaria in Mumbai, Maharashtra. She belongs to a Parsi family. She grew up with her twin sister Pia Sutaria. Tara is one of the top 7 finalists of the Pogo Amazing Kids Awards in the singer section in 2008. She is a trained dancer in modern dance, classical ballet and Latin American dances from Royal Academy Of Dance, United Kingdom.

Tara had completed her primary and secondary schooling from Bai Avabai Framji Petit Girl’s High School, Mumbai. She has completed her graduation and got her degree in Mass Media from St. Andrew’s College of Arts, Science and Commerce, Mumbai.

Tara made her television debut as an actress with the show The Suite Life of Karan & Kabir in year 2012. She has appeared in many television shows like Best of Luck Nikki, Oye Jassie, etc. At a very tender age of 7, Tara started singing and has sung in many stage competitions and operas both nationally and internationally. She has given concerts in cities including, London, Tokyo, Lavasa and Mumbai. She has also performed with Louiz Banks and Mikey McCleary.

Some Facts About Tara Sutaria

If you have more details about Tara Sutaria. Please comment below we will updated within a hour.