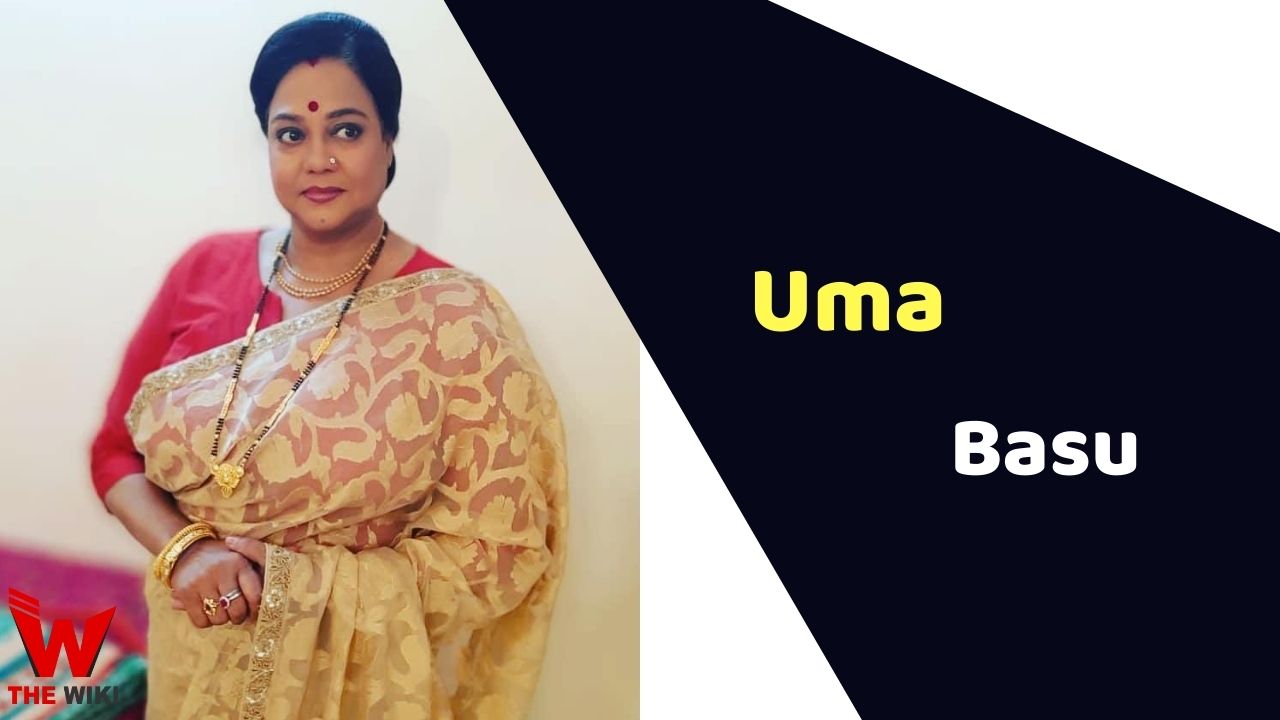 Uma Basu is an Indian actress. She is known for the TV show Vidya and Pinjara Khubsurti Ka. Apart from television, She is also active in Bengali and Hindi film industry. She has also worked in several Bengali television shows. Uma Basu is originally from Kolkata, India. She currently lives in Mumbai, Maharashtra.

Uma Basu started her career as a theatre artist. After this she also appeared in Bengali films Sudhu Tumi (2004) and Tolly Lights (2008). She started her Hindi television career with Colors TV show Vidya in the year 2019, she gained immense popularity with the character of Parbatiya Devi played in this show. Uma also worked in the recently released Hindi social comedy film Panchlait (2017). Currently she is working in Colors TV show Pinjara Khubsurti Ka.

Uma Basu was married to Swaraj Basu, a well-known radio personality in Kolkata, who passed away in year 2005.

Some Facts About Uma Basu

If you have more details about Uma Basu. Please comment below we will updated within a hour.