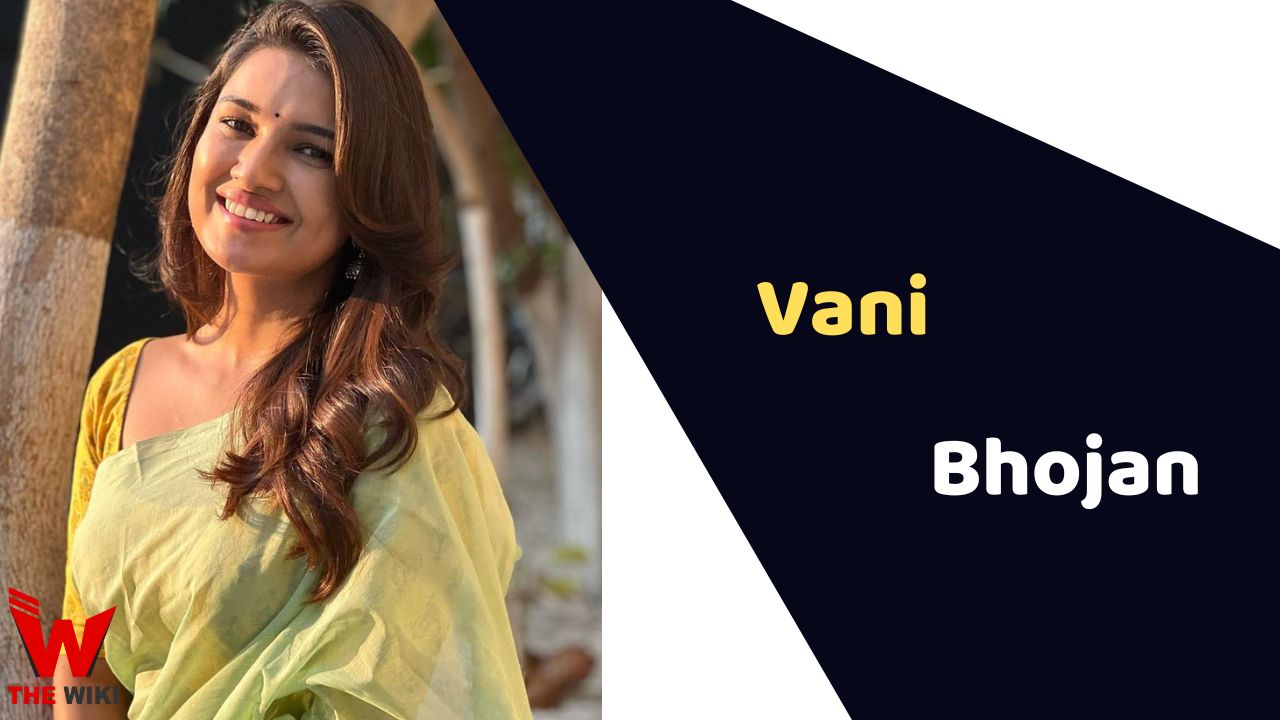 Vani Bhojan is a Indian actress and model who mainly works in Tamil and Telugu film industry. She is best known for playing Meera her film Oh My Kadavule alongside Ashok Selvan and Ritika Singh. Her debut film was Orr Eravuu which released in 2010. Additionally, she also did TV serials like Maya, Aaha, Deivamagal and Lakshmi Vanthachu.

Vani Bhojan was born on 28 October 1987 in Ooty, Tamil Nadu to a Badaga family. Her father is a photographer and her mother is a housewife. She has an elder brother. She completed her higher secondary from Boarding school, Ooty. She did her graduation in English Literature from Government Arts College, Stone House Hill, Ooty.

While graduation, Vani started her career by working as a Ground Staff in Kingfisher Airlines. She advertised for Chennai Silks and this led her to getting acting offers. As she had a great interest in acting since childhood she worked a lot to achieve her aim. Vani appeared as an actress in a minor role for a horror film in Tamil named Orr Eravuu in 2010. In 2012, she got an offer for a supporting role in a film named Adigaram.

In 2012, she made television debut with Star Vijay’s television show Aaha opposite to Benito Alex. The same year, she was seen as Jaya on show Maya. Her most popular TV show was Deivamagal which aired on Sun TV from 2013-18, in which she played female lead role of Sathya Priya Prakash opposite to actor Krishna. She subsequently appeared in Lakshmi Vandhachu as Nandhini.

Some Facts About Vani Bhojan

If you have more details about Vani Bhojan. Please comment below we will update within an hour.