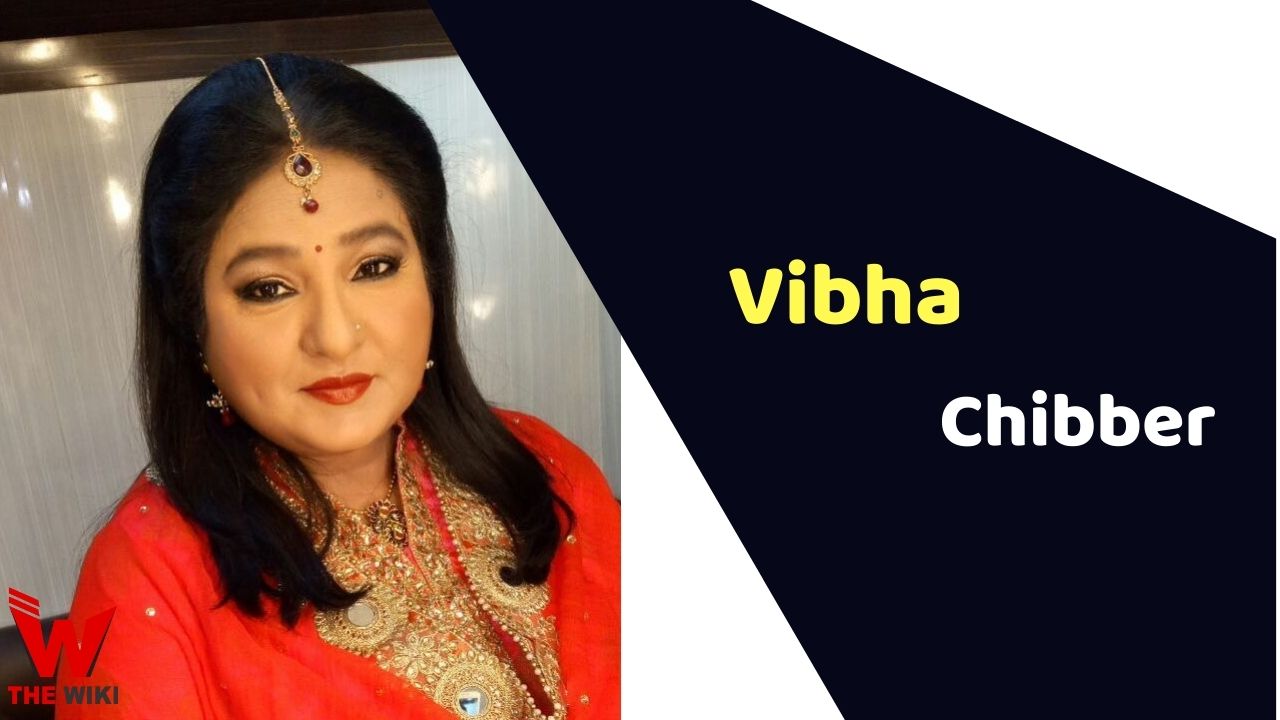 Vibha Chibber is a Indian television actress. She is mother of famous actor Puru Chibber. She made her debut in television with Sapna Babul Ka… Bidaai and made her debut in films with 7 Island and a Metro. She won Zee Rishtey Award for Best Sasss- Sassur in 2011 and an Indian Telly Award nominee for Best Actress in a Supporting Role.

Vibha Chibber was born and brought up in Delhi, India. She has an elder brother Vivek Sahota. She did her schooling from there only and graduated from National School of Drama, New Delhi.

Vibha is famous for portraying the most supporting roles in the industry. She has worked with famous theater artist like Kirti Jain, Amal Allana, Barry John etc. She has been working as a teacher at NSD and teaches acting to both children and adults. She taught to actresses like Nargis Fakhri, Diana Penty and Giselle Monteiro.

Vibha is married to Vijay Deepak Chibbar and have 2 children Puru Chibbar, who is a famous actor and a daughter Ira Chibber.

Some Facts About Vibha Chibber

If you have more details about Vibha Chibber. Please comment below we will updated within a hour.