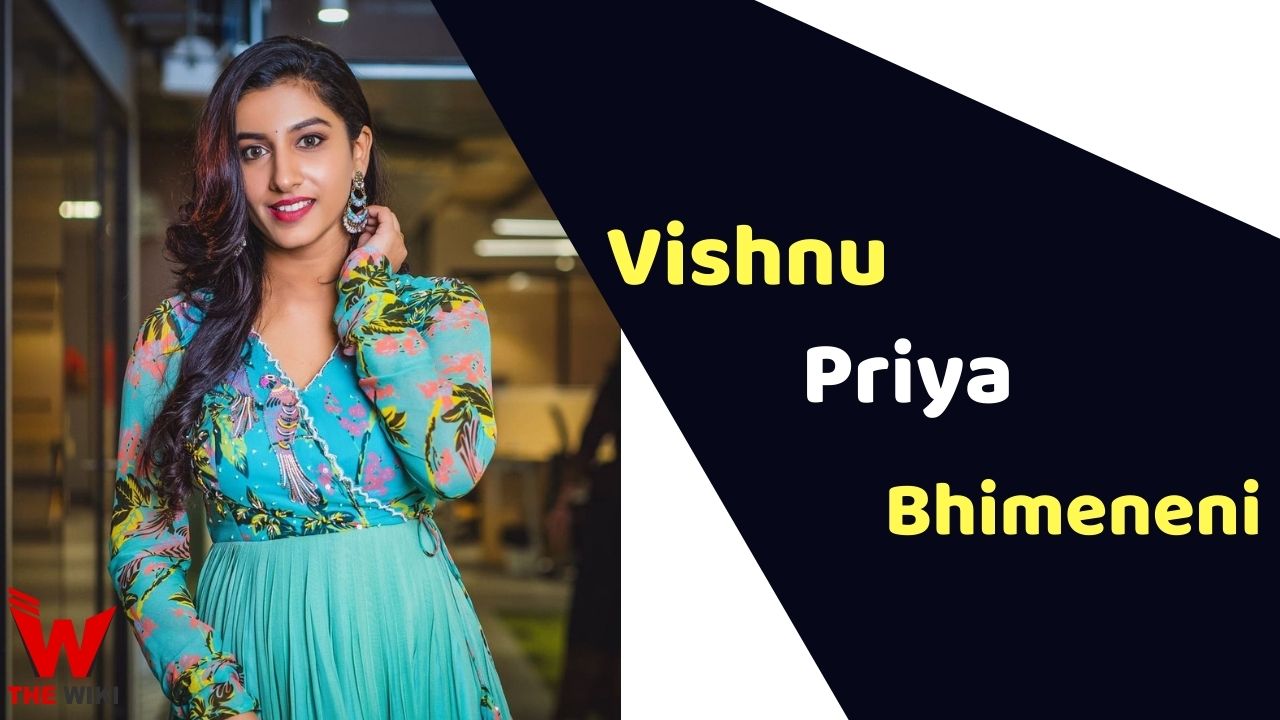 Vishnu Priya Bhimeneni is an Indian television presenter and actress. She predominantly works in Telugu, Malayalam and Tamil film industry. She made her acting debut with the Malayalam film Mayookham in the year 2005. Bhimeneni has worked in many short films, YouTube Sketch videos and television shows.

Vishnu Priya Bhimeneni was born on 22 February 1986 in Hyderabad, Telangana. She has a sibling named Pavani. She was very active in her cultural programs held in the school. Bhimeneni started her career with the Malayalam drama romance movie Mayookham in 2005. She made her debut in the Tamil political action movie Sivappathigaram in 2006. The Next year, she made her debut with the Telugu fantasy action-comedy movie Yamadonga in 2007. She acted in the Kannada action movie Gooli in 2008. She hosted the youth game show Pove Pora aired on ETV Plus in 2017. Vishnu has contributed to many comedy short films and videos on YouTube.

Some Facts About Vishnu Priya Bhimeneni

If you have more details about Vishnu Priya Bhimeneni. Please comment below we will updated within a hour.