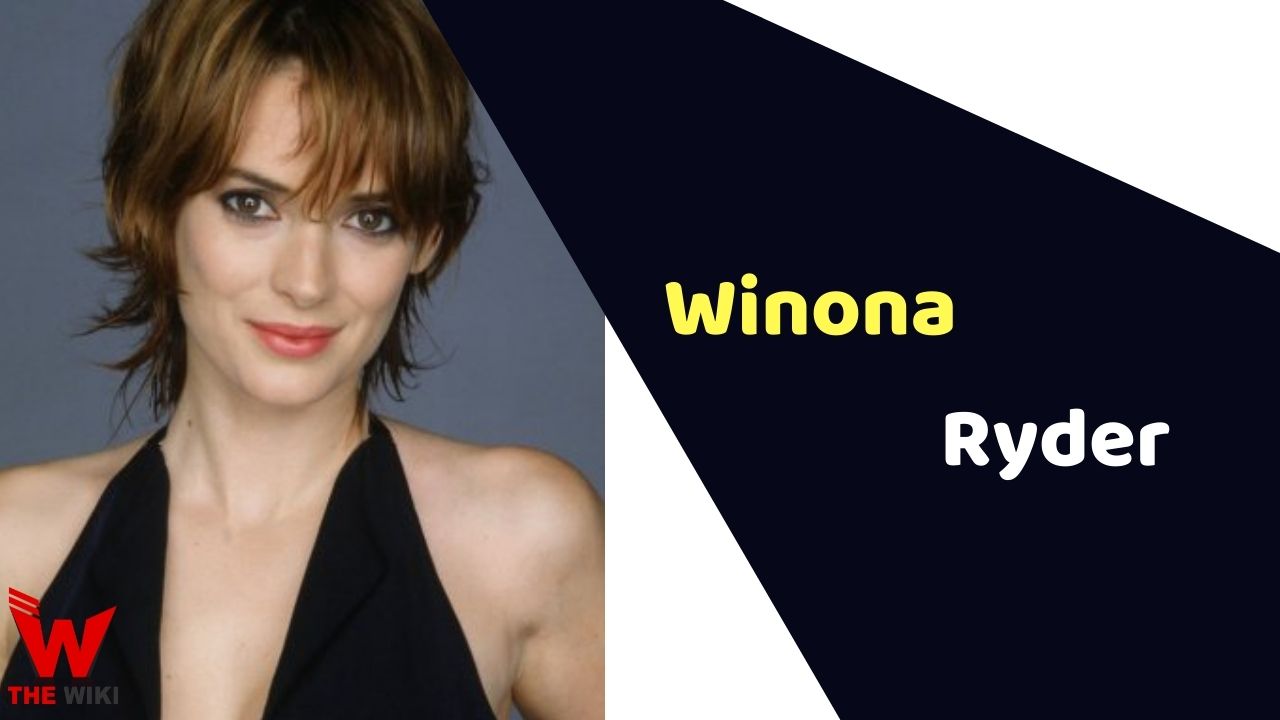 Winona Laura Horowitz professionally known as Winona Ryder is an American film actor. She came into limelight with her performance in Tim Burton’s Beetlejuice (1988) and did some major roles in Heathers (1989), Mermaids (1990), Edward Scissorhands (1990), and Bram Stoker’s Dracula (1992). Winona is a winner of Golden Globe Award, and has been nominated for two Academy Awards. She is known for taking on quirky roles and was a prodigy, from a very young age. She was an old soul and sophisticated intellectually.

Winona Ryder was born on October 29, 1971 in Winona, Minnesota, U.S. in a Jewish family to parents Cynthia Palmer (née Istas) and Michael D. Horowitz. Her mother is an author, video producer and editor, and her father is an author, editor, publisher and antiquarian bookseller. She has a younger brother, Urie and two older half-siblings from her mother’s prior marriage, Brother Jubal Palmer and Sister Sunyata Palmer.

Winona did her schooling from Kenilworth Junior High, Petaluma, California and later enrolled herself into American Conservatory Theater in San Francisco, where she took her first acting lessons when she was 12 years old and graduated from Petaluma High School.

Winona debuted with David Seltzer’s film Lucas in 1986 and later in 1991, she played the role of young taxicab driver in Jim Jarmusch’s Night on Earth. She also starred in the dual roles of Count Dracula’s reincarnated love interest Mina Murray and Dracula’s past lover Princess Elisabeta, in Bram Stoker’s Dracula (1992).

Winona also starred as an android in Alien Resurrection (1997), alongside Sigourney Weaver and went on a four year hiatus in 2001. She returned in films in 2006 with The Darwin Awards. Since 2016, Ryder starred in the Netflix sci-fi-horror series Stranger Things, created by The Duffer Brothers as Joyce Byers, a single mother whose 12-year-old son vanishes mysteriously. The series second and third seasons of the series were released in October 2017 and July 2019 and fourth season was halted due to pandemic and will release soon. In 2020 she starred in The Plot against America, an HBO limited series.

Winona Ryder was engaged to actor Johnny Depp for three years beginning in July 1990. She met him at the Great Balls of Fire! premiere in June 1989, and they began dating two months later, when she was 17 and he was 26. She dated Soul Asylum band member Dave Pirner from 1993 to 1996 and also dated Matt Damon from 1998 to 2000. She has been in a relationship with Scott Mackinlay Hahn since 2011.

Some Facts About Winona Ryder

If you have more details about Winona Ryder. Please comment below we will updated within a hour.