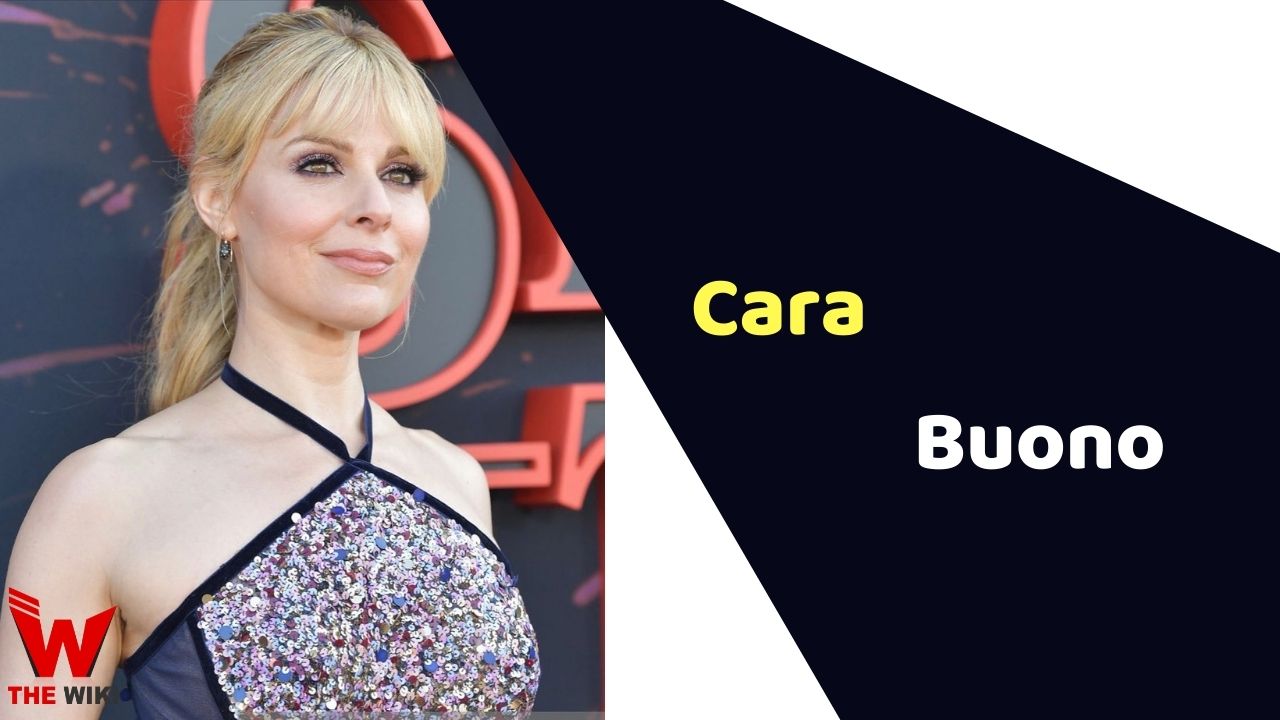 Cara Buono is an American actress and best known for her supporting roles in many films like Hulk (2003) and Let Me In (2010) and as Karen Wheeler in the horror sci-fi Netflix series Stranger Things (2016–present). She received an Emmy nomination for Outstanding Guest Actress in a Drama Series Mad Men in 2011.

Cara Buono was born on March 1, 1974 in the Bronx, a blue-collar family of Italian descent. She has two brothers and a sister. She completed her schooling from Fiorello H. LaGuardia High School and graduated from Columbia University where she was a double major in English and political science.

Buono made her acting debut in Harvey Fierstein’s play Spookhouse at the age of 12 and continued stage work both on Broadway and Off Broadway, and started her film career opposite Ethan Hawke and Jeremy Irons in Waterland (1992). She has been mostly seen in indie films like Chutney Popcorn (1999), Happy Accidents (2000), Next Stop Wonderland (1998) and Two Ninas (1999). She starred in the final season of the NBC drama Third Watch (1999) as paramedic Grace Foster, and Ang Lee’s adaptation of Marvel Comics’ Hulk in 2003 as the mother of the title character’s alter ego, Bruce Banner.

Cara appeared as Dr. Faye Miller in the fourth season of the AMC drama series Mad Men. In 2016, she was casted as Karen Wheeler in Netflix’s sci-fi- horror series Stranger Things created by The Duffer Brothers. The series second and third seasons of the series were released in October 2017 and July 2019 and fourth season was halted due to pandemic and will release soon. She was last seen in movie SuperGirl as Gamemnae in 2019.

Cara Buono is married to Peter Thum, founder of Ethos Water, and has a daughter with him.

Some Facts About Cara Buono

If you have more details about Cara Buono. Please comment below we will updated within a hour.