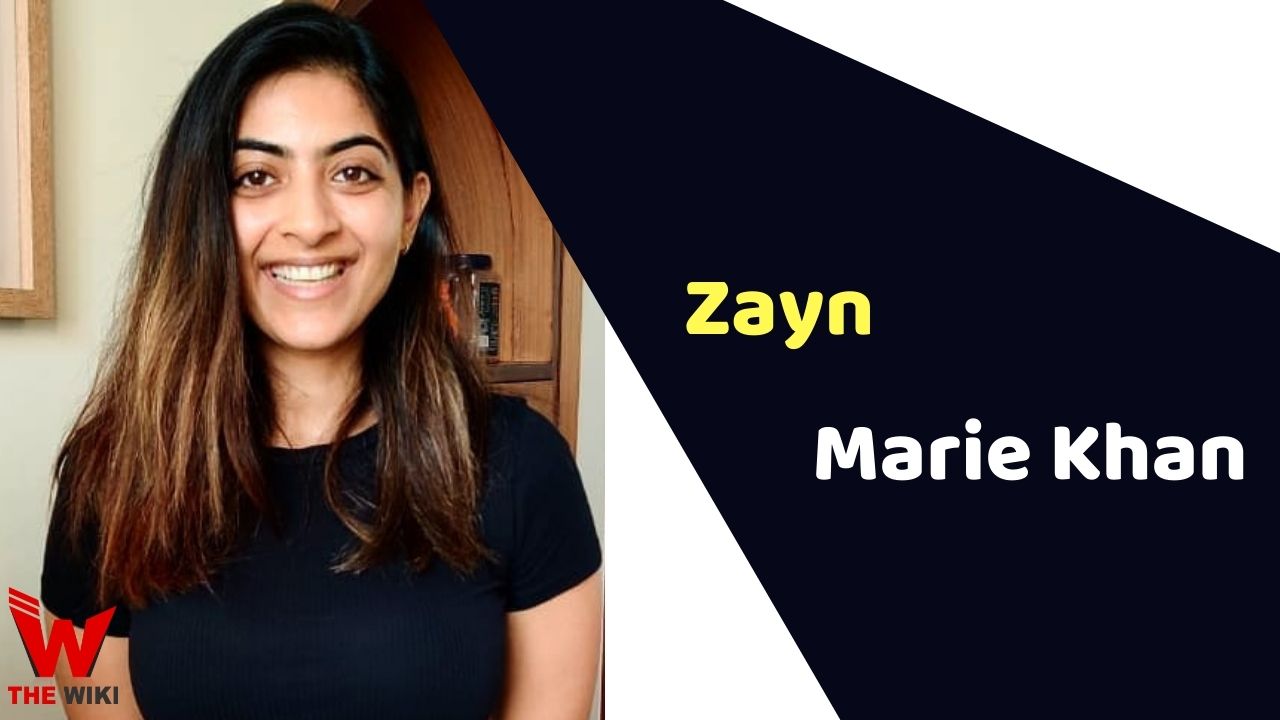 Zayn Marie Khan is an Indian actress and theatre actress. She is best known for Mrs. Serial Killer (2020) and Kapoor and Sons (2016). In 2021, She has also seen in an important role in Netflix’s web series Feels Like Ishq.

Zayn Marie Khan was born on 20 March 1995 to Mansoor Hussain Khan and Tina Khan in Mumbai, Maharashtra. Her father is a well-known film director and producer in Bollywood. Her mother is an actress. She has a brother named Pablo Ivaan Khan. Khan completed her schooling from local high school. She did her graduation in mass media from Stella Maris College, Chennai.

Khan began her career as a theatre artist and did a couple of plays to brush up her skills. She made her debut in the Netflix film Mrs. Serial Killer starring Jacqueline Fernandez, Manoj Bajpayee and Mohit Raina. Besides she also worked as an assistant director in the film Kapoor and Sons. In 2021, She was seen in Netflix original series Feels Like Ishq starring alongside Radhika Madan, Tanya Maniktala, Kajol Chug, Mihir Ahuja, Simran Jehani.

Zayn Marie Khan is married to an Indian film actor Abhishek Saha in Alibaug. Her wedding was attended by her close friends and family members.

Some Facts About Zayn Marie Khan

If you have more details about Zayn Marie Khan. Please comment below we will updated within a hour.