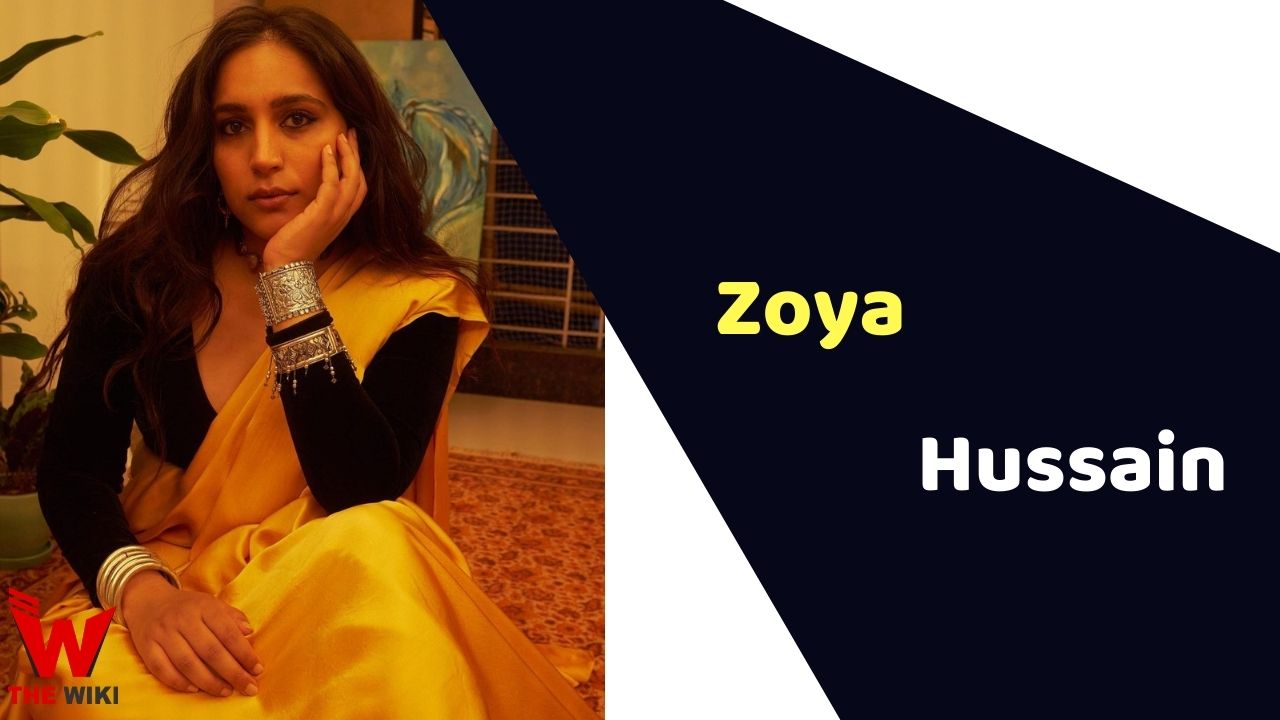 Zoya Hussain is an Indian actress, scriptwriter and film director who mainly works in Hindi films. She came into spotlight after portraying the role of Sunaina Mishra in Bollywood film Mukkabaaz. She is best known for Brawler (2017), Lal Kaptaan (2019) and Kaadan (2021). In 2021, She played character of IPS Officer Amrita Singh in Disney+ Hotstar web series Grahan.

Zoya Hussain was born on 1st October, 1990 in Delhi, India to a Muslim family. Her father owns an adventure tourism business and her mother is a child psychologist. She has one sister who works as a write for an online media agency.

Zoya completed her schooling from a boarding school in Delhi. Later she graduated in business studies. While she was in college, she actively took part in theatre. After her graduation she did commercial theatre and moved to Mumbai to pursue a career in the acting industry. She currently lives in Mumbai, Maharashtra.

Zoya aspired to become an actress from a very young age. She made her acting debut in Bollywood with film Mukkabaaz in 2017 which was a huge hit. In 2018 she appeared in Hindi films Teen Aur Aadha and Namdev Bhau-In Search of Silence. In 2019, Zoya acted in Laal Kaptaan, an action drama film directed by Navdeep Singh. She also shot three different movies- Haathi Mere Saathi, Aranya and Kaadan. She has worked with popular actors like Rana Daggubati, Pulkit Samrat and Shriya Pilgaonkar.

In 2014, Zoya did a rom-com show called Love Dosti Dua which was aired on Big Magic Channel. Zoya has appeared in a number of shows such as Bairi Pia, Jai Maa Vidhyavasini. She is debuting in the Telugu film industry and played a lead role in the movie directed by Shyam Gopal Varma.

Some Facts About Zoya Hussain

If you have more details about Zoya Hussain. Please comment below we will updated within a hour.