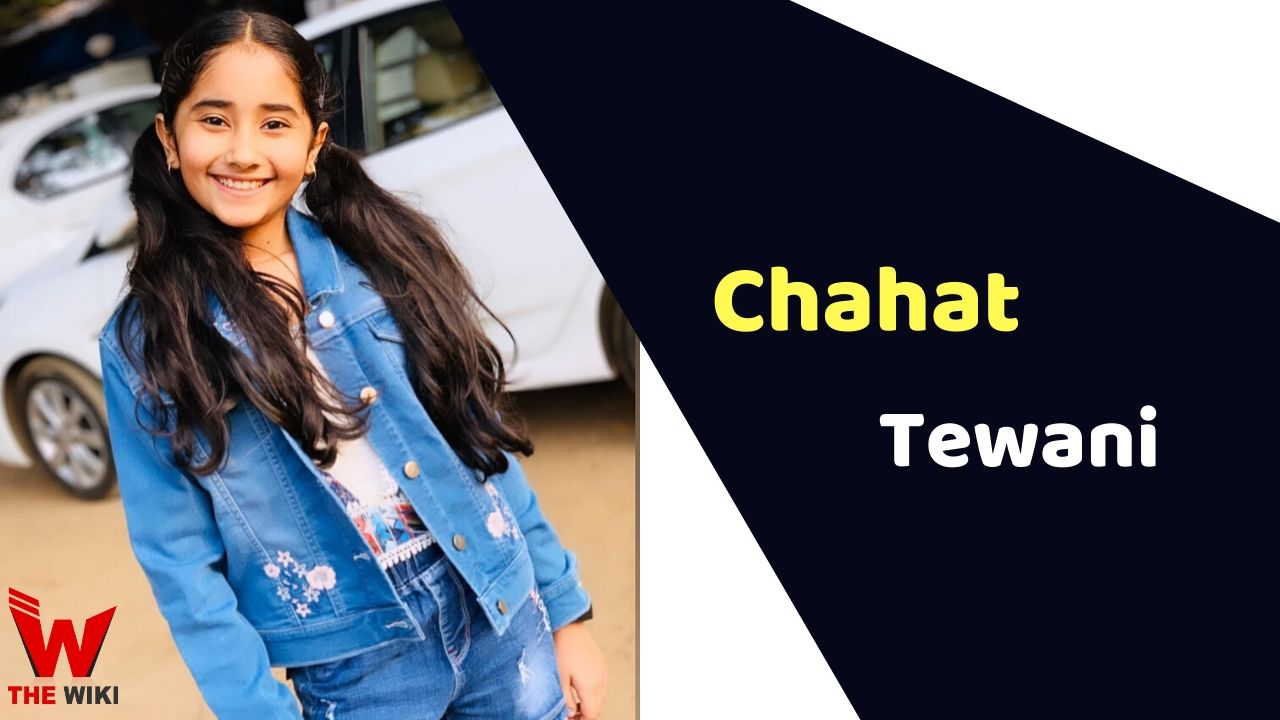 Chahat Tewani was born on 28 November 2009 in Udaipur, Rajasthan. She is the younger daughter of Jimmy Tewani and Disha Tewani. Apart from her, she also has an elder sister Aanchal Tewani in the family. Chahat belongs to a middle-class Hindu family.

Some Facts About Chahat Tewani

Dear Friends My Latest Tvc with SRK Sir @iamsrk 😍😍😍😍😍 is here🙌🏻🙌🏻🤗🤗🤗🤗🤗 Hope you guys will like it. It was a magical experience working with King Khan 😍😍😍I’m really blessed. Thank u so much Gauri ma’am 😘😘😘 Thank you God for everything 😇😇😇😇😇😇😇😇😇😇Thanks to all of you for showering your love n support always ❤️❤️❤️❤️❤️❤️❤️❤️❤️❤️❤️❤️❤️❤️ @iaanchaltewani 😘😘😘@dishatewanii 😘😘😘 #latestrelease#tvc#byjusapp#shahrukhkhan#dreamcametrue#thankugodforeverything#thankunananani#blessed#godisgreat