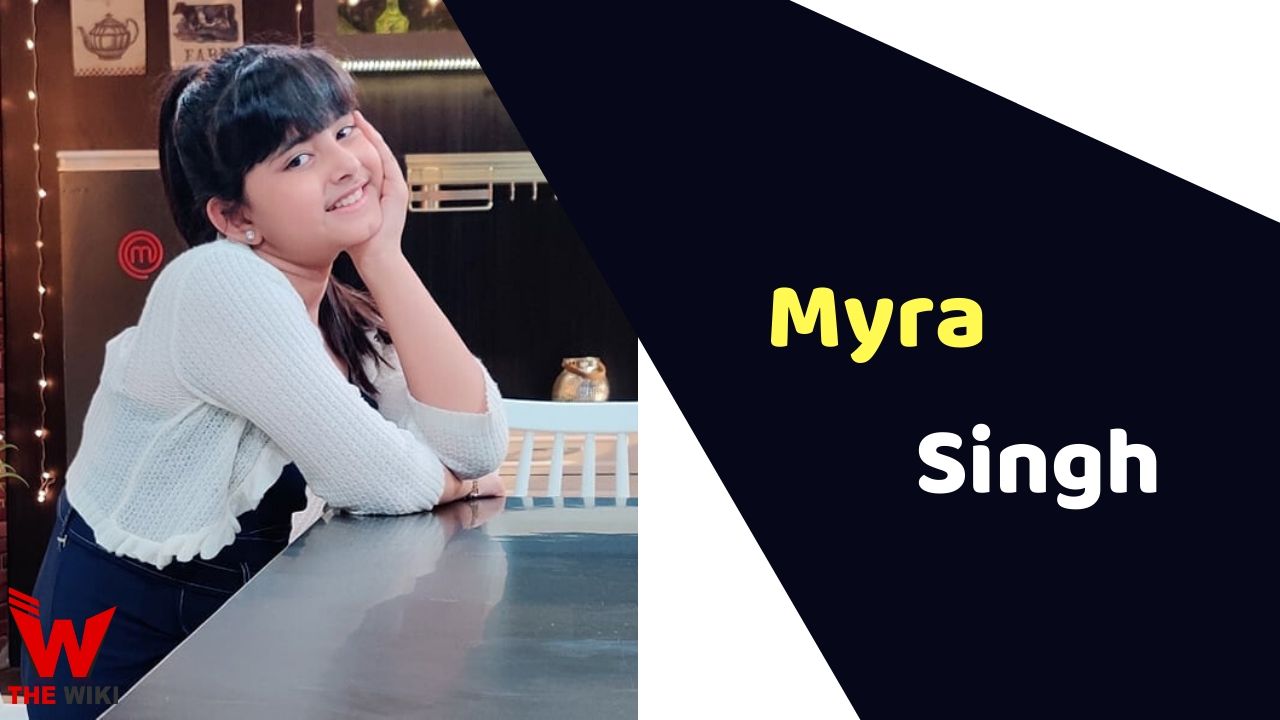 Myra Singh is an Indian child artist. She is known for the television show Kullfi Kumarr Bajewala. She was seen in the role of Amyra Singh, the main character in this show. Apart from this show, she has also appeared in films like Ferrous and Ardab Mutiyaran.

Myra Singh was born on 6 July 2011 in New Delhi, India. She loves to click photos. Due to this hobby, she got an offer to play the lead role in the serial Kullfi Kumarr Bajewala. She became very famous with this show. Myra played the role of Amyra Singh. After this show, she also worked in the films Ferrous and Ardab Mutiyaran.

Some Facts About Myra Singh

If you have more details about Myra Singh. Please comment below we will updated within a hour.