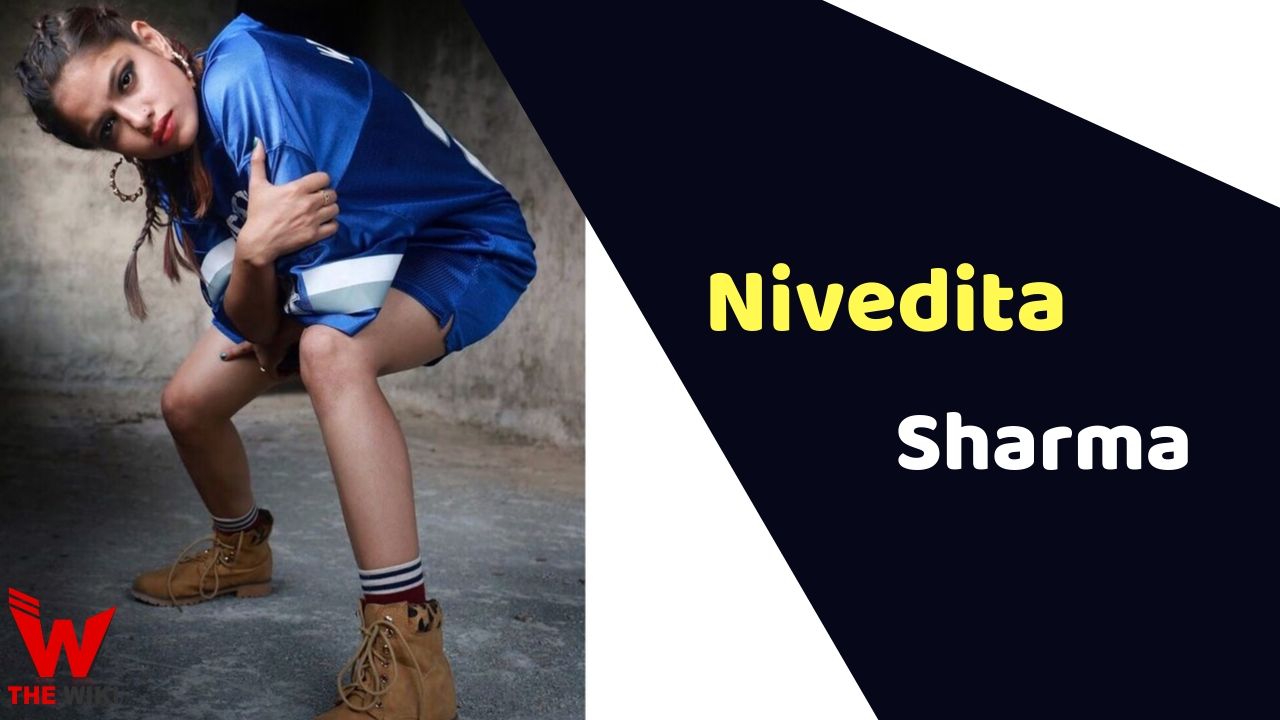 Nivedita Sharma is an Indian dancer and choreographer. She started her journey as a contestant in the India’s Got Talent Show, after which she also appeared in several shows Dance Plus and MTV Move With Me. Nivedita has also debut in Bollywood through the film “Any Body Can Dance 2”.

Nivedita Sharma was born in a meddle class family in Mumbai, she lived in Vasai with her family. She also has an elder brother in his family. Nivedita is fondly called Nivi at home. She was fond of dancing since the age of 8, but she could not bring her talent in front of the world due to being shy, timid and introverted. Apart from this, the unsuccessful marriage life of parents made a deep impact on her mind. Her mother brought up her single-handedly.

Sharma was very fond of dance since childhood. She taught Kathak, Folk, HipHop and Contemporary Dance during school. Dance strengthened the confidence in her. Due to poor financial condition of the family, Sharma was unable to take dance training. After which she joined a hiphop group which provided her free dance training. Sharma never went to college but is well versed in every field of dance.

Nivedita Sharma took hip hop training with “First Look Crew” for a year. After this, took part in India’s Got Talent Season 5 with this group. She achieved the judges’ standing ovation from their very first performance. During this show, she told that before the performance she was very nervous and crying backstage, but after the performance she never faced such a thing.

After achieving success in India’s Got Talent, Nivedita appeared in the film ABCD 2. Apart from this, she also appeared in Nike’s music video Dada Ding. It was like fulfilling dreams for them. After ABCD 2, she will also be seen in Remo D’Souza’s another film, “Street Dancer 3”.

Sharma is currently focusing on her professional dancing career and participates in international and national level dance concerts with Kings United Kingdom of Art. She also works as a trainer at the training center in this group.

Nivedita Sharma is very active on social media, she shares pictures related to her daily life and live performance with the people.

Some Facts About Nivedita Sharma

If you have more Details about Nivedita Sharma. Please comment below we will updated within a hour.