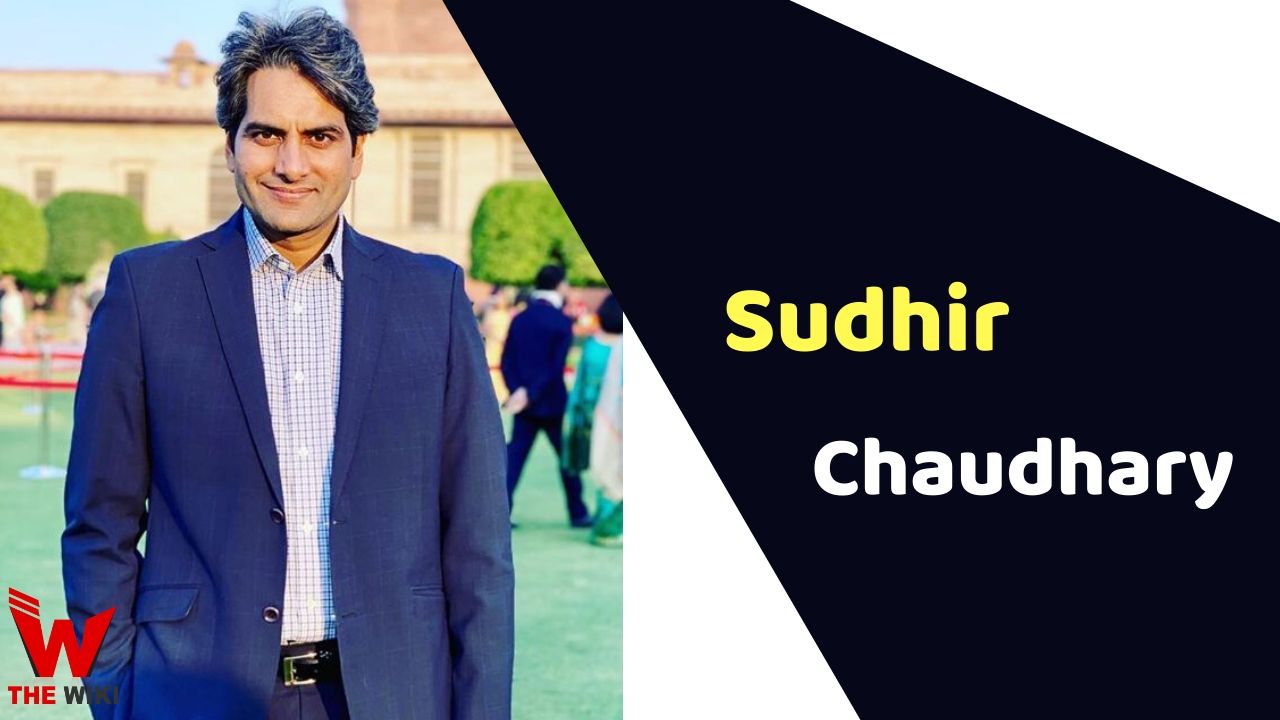 Sudhir Chaudhary is an Indian journalist and news presenter, he serves as the Chief Editor on Zee News Channel. He is known for his television show DNA (Daily News Analysis). Chaudhary has been working in the television news industry since 1993 and for that he has been awarded the “Ramnath Goenka” award for excellence in journalism.

Sudhir Chaudhary was born on 7 June 1974 in Muzaffarpur, Bihar. He belongs to a middle-class Hindu family. Sudhir received his early education from Muzaffarpur. After which he joined the University of Delhi to pursue his Bachelor of Arts. Chaudhary was good in studies from childhood. He often participated in debate competitions during his school and college days. He started his diploma in Journalism before starting his career in 1993.

After completing his graduation, Sudhir Chaudhary joined the Mass Communication Institute in New Delhi to do a diploma in journalism. He has worked in several news channels in Hindi, Marathi and business channel Zee Business by Zee Media Corporation Limited. Between 2003-2012, he worked with other channels like Sahara Samay, India TV, Live India. Chaudhary is currently the senior editor and business head of Zee News, where he presents the Daily News and Analysis (DNA) report.

Some Facts About Sudhir Chaudhary

If you have more details about Sudhir Chaudhary. Please comment below we will updated within a hour.