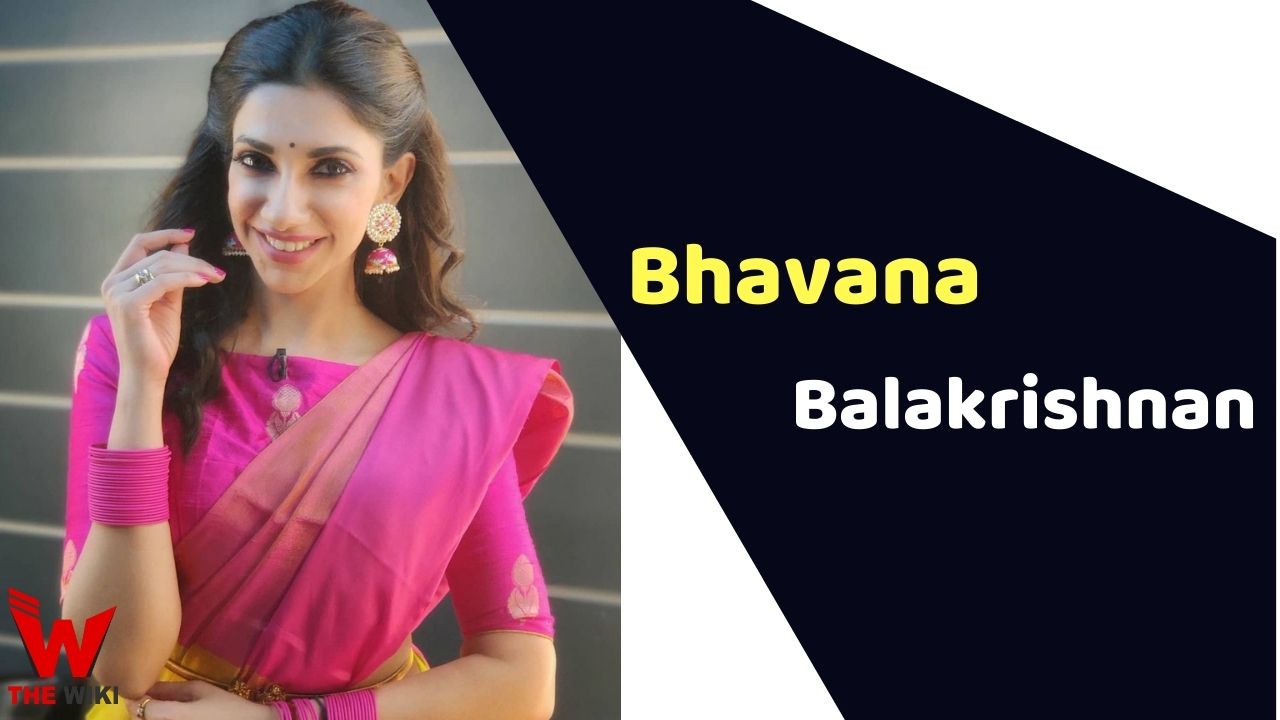 Bhavana Balakrishana who is also known as VJ Bhavana is an Indian television anchor, cricket commentator, video jockey, playback singer and dancer. She is one of the most famous journalist in India and she was also one of the women to commentate in 2019 cricket world cup. She won Globus Style Award under the category of ‘Stylish Anchor’ in 2013.

Bhavana Balakrishnan was born in a Hindu family on 21 May,1986 in Chennai, India. She did her schooling from Chettinand Vidyashram, Chennai. She did graduation in Chemical Engineering from Sri Venkateswara collage of engineering, Chennai and later did post-graduation in MBA from Great Lakes Institute of Management.

Bhavana started her career as a radio jockey and after brief period ventured into television. She joined Raj TV and hosted her first television show Beach Girl’s. Later she joined Star Vijay and became a full time host in 2011 and hosted programs like The Super Singer Junior, Airtel Super Singer and Jodi Number One Season 6.

Bhavna joined Star Sports in 2017 as a sports journalist and hosted the Indian Premier League (IPL) and Pro Kabaddi League. Bhavana also worked as commentator for Star Sports Tamil during the 2018 IPL season and was one of the 2 presenters. She made her debut as singer in 2018 and released her first single The MashUp Series by BB.

Bhavana is married on 6 December 2011 to Nikhil Ramesh, a Mumbai based businessman.

Some Facts About Bhavana Balakrishnan

If you have more details about Bhavana Balakrishnan. Please comment below we will updated within a hour.