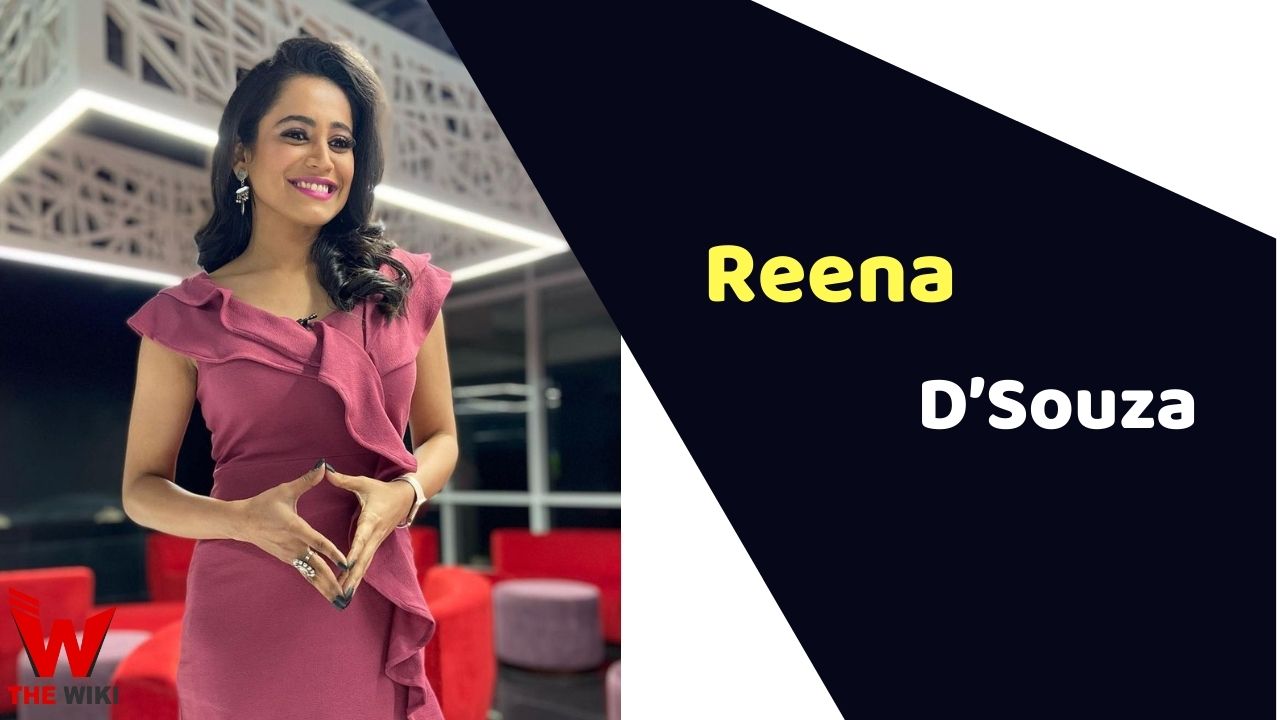 Reena D’Souza is an Indian sports presenter and an emcee. She was crowned as Mrs. India Earth Talented 2016. She has an experience of 10 years in the industry and hosted over 1,000 shows for over 185 corporate brands. Reena won best emcee award three times and other awards includes Riovera Women Achievers Award 2019, Beauty Pageant Women Planet Pride Awards 2018 and Emerg Professional achiever 2018.

Reena D’Souza is daughter of Francis D’souza who is a retired bank employee and Rosy D’Souza. Her mother is retired as a nurse from Corpus Christi Church, Moodbidri. Reena has an elder sister Freeda D’souza.

She completed her schooling from Rotary English Medium School of Moodbidri and did graduation in Computer Science Engineering from MITE, Moodbidri. Reena started her career as a TV anchor when she was 19 on Namma TV channel. She also did some stage shows which kicked off her career.

Reena has an experience of 6 years as a corporate presenter and hosted 1000 shows in different languages. She did 500 corporate events, 300 social events ,100 reality and 100 stage shows. Besides being an emcee she is also a great write and aspires to be an author.

Reena got married to Avin D’souza on 17 October 2015 legally (on their engagement day) and the church wedding was on 8 January 2016. Avin works as a scientist in Food and Bone Health- Research and Development at ITC, Bengaluru.

Some Facts About Reena D’Souza

If you have more details about Reena D’Souza. Please comment below we will updated within a hour.