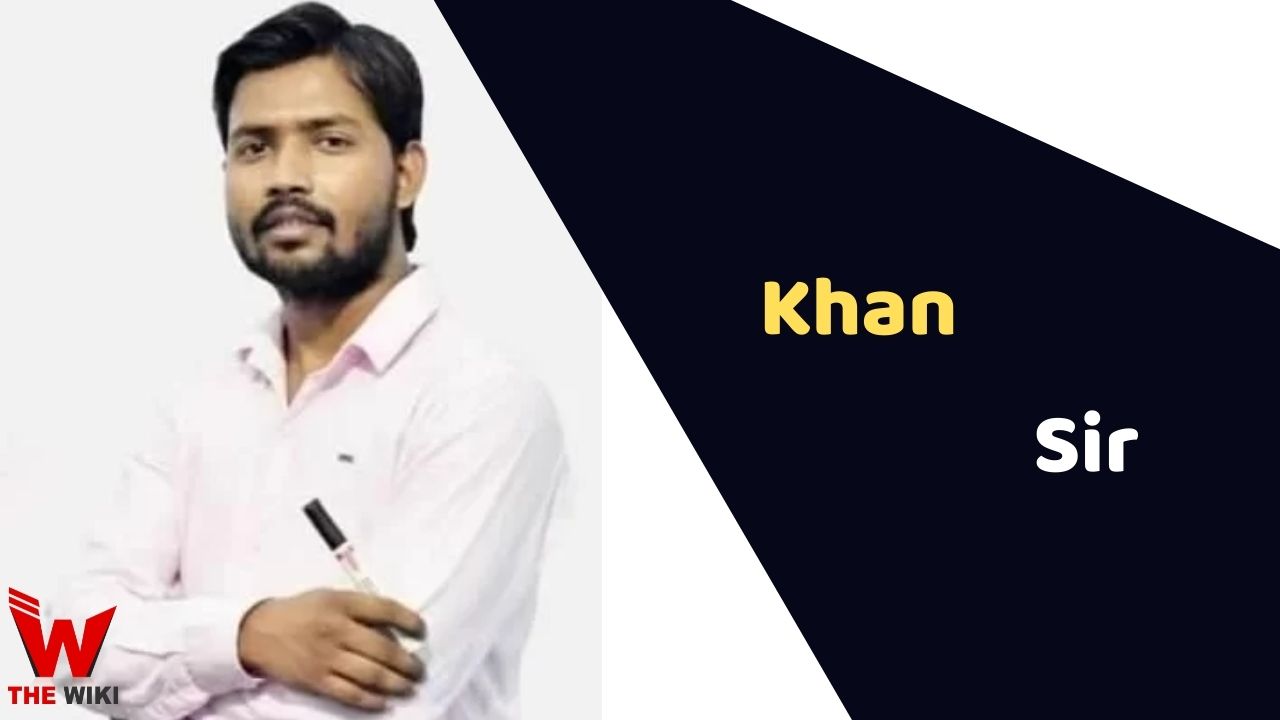 Khan sir is an Indian teacher who is extremally popular for his unique teaching style on video platform YouTube.

Khan sir was born in December 1993 in Gorakhpur, Uttar Pradesh. His father is a retired army officer and mother is a homemaker. Khan sir has an elder brother who is serving in Indian army. He went to a local school in Gorakhpur and completed B. Sc. from Allahabad University. He then did MA in geography.

Khan sir was a teacher at a coaching centre in Patna. He had only 6 students and gradually the number of students started increasing. He started a YouTube channel named Khan GS Research Centre in 2019. He started uploading videos of current affair topics and several issues.

His videos went viral and he gained more than 1 million subscribers. His YouTube channel has almost 15 million subscribers now. Khan sir launched an app called Khan Sir Official in 2020.  Khan sir explains and teaches in funny and sarcastic way which makes the students and viewers learn while enjoying.

Some Facts About Khan Sir