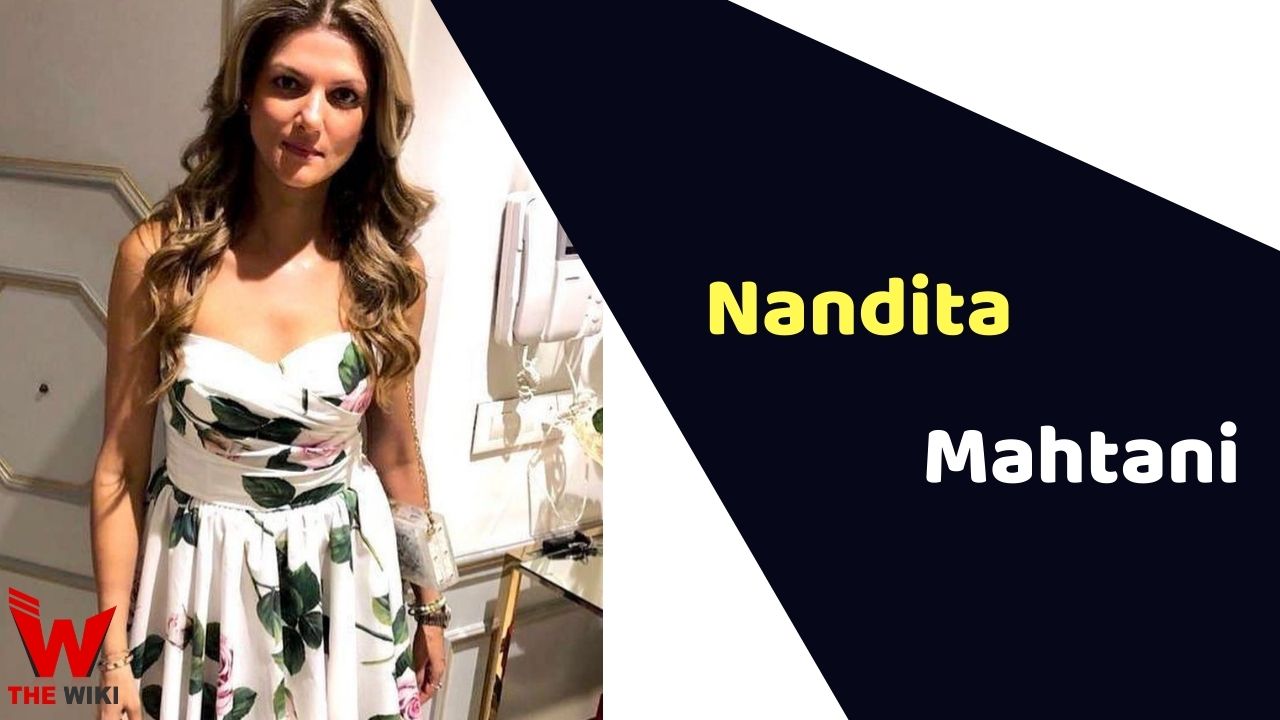 Nandita Mahtani is an Indian fashion designer. She is well-known as the designer of Indian cricket captain Virat Kohli. Nandita also co-own the company Playground with Dino Morea.

Nandita Mahtani was born in Mumbai on 8 January 1976 in Mumbai, Maharashtra. She aspired to be a businesswoman since she was born into a family with a business background. She graduated from a business college in London. Her father Manu Mahtani is a businessman, while her mother Indu Mahtani is a Director at Castlerock Fisheries. She has a fashion designer elder sister Anu Mirchandani, and a younger brother Bharat Mahtani.

In 1998, she began her career as a fashion designer. She subsequently went to work for her family’s company. Her sister Anu founded her fashion label Ananya in London in 2000. The label piqued her curiosity, and she decided to join her sister’s venture. Her signature label-Nandita Mahtani-followed. Her label has locations in Mumbai, Goa, and London. Nandita has created outfits for a number of well-known Bollywood celebs. She has designed and styled clothing for India cricketer Virat Kohli.

In 2017, she co-founded the fashion company Love Generation with Dolly Sidwani and Bhavna Pandey. Nandita cooperated with Cartoon Network, an American television network, in 2019.

Nandita Mahtani formerly married Businessman Sanjay Kapur. Their marriage was short-lived, as the couple split up owing to disputes. For a short time, Mahtani was in a relationship with Bollywood star Ranbir Kapoor. Nandita dated model and actor Dino Morea for a long period before splitting up in 2016. In 2021, Nandita got engaged with Bollywood actor Vidyut Jammwal.

Some Facts About Nandita Mahtani

If you have more details about Nandita Mahtani. Please comment below we will updated within a hour.