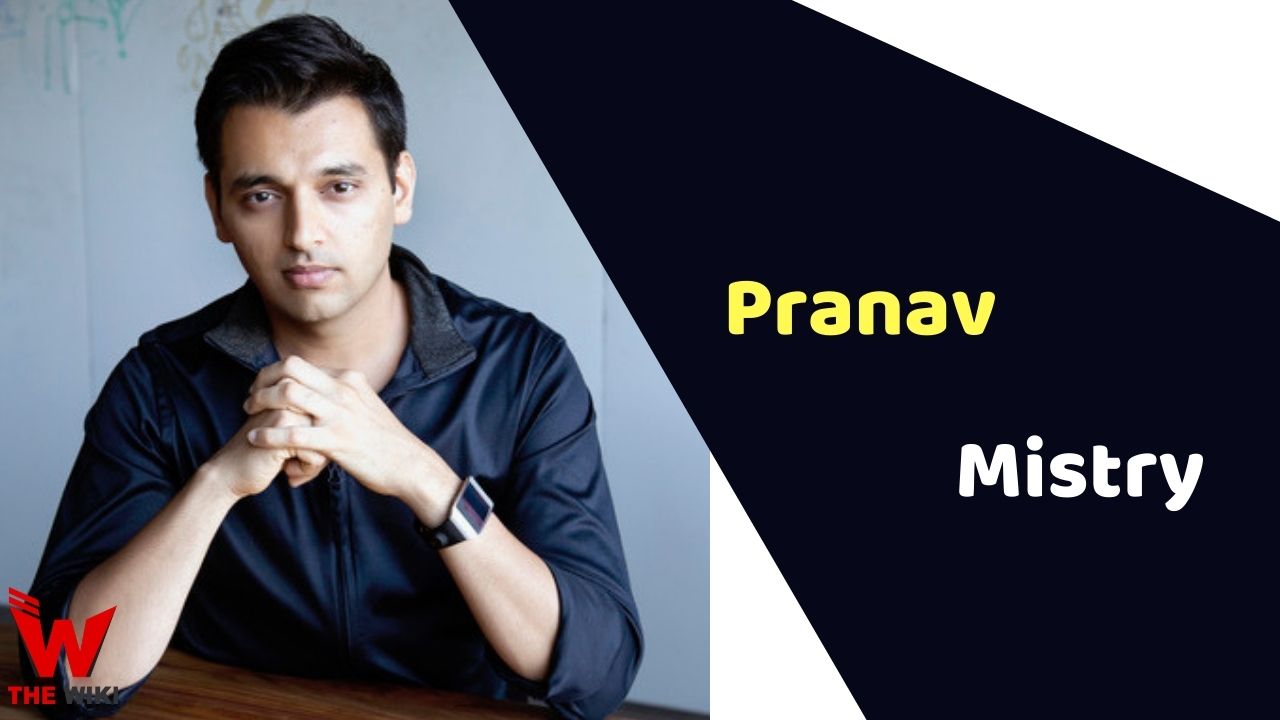 Pranav Mistry is an Indian computer specialist and innovator. He served as STAR Labs’s President & Chief Executive Officer. He served for SixthSense, Samsung Galaxy Gear, Project Beyond and many more.

Pranav Mistry was born on 14 May 1981 in Palanpur, Gujarat. His father’s name is Kirti Mistry, and his mother’s name is Nayana Mistry. Pranav received bachelors degree in Computer Science and Engineering from Gujarat University. Later he has done Master in Media Arts and Sciences from Massachusetts Institute of Technology and Master of Design from IIT Bombay.

Pranav joined Samsung as Research Director in 2012, where he now holds the position of Global Vice President. The Next year, he showcased the Samsung Galaxy Gear smartwatch in 2013. Prior to joining MIT, he worked as a UX researcher for Microsoft. He has previously worked with Google, CMU, NASA, UNESCO, and the Japanese Science and Technology Agency. He was Samsung’s Senior Global Vice President of Research and Team Leader for Think Tank. From 2019, he served as the President and CEO of STAR Labs.

Pranav is particularly famous for his work on SixthSense. His other works include: he came up with Mouseless – a remote computer mouse, Sparsh – a novel that enables for copying and pasting data from one digital service to another.

Some Facts About Pranav Mistry

If you have more details about Pranav Mistry. Please comment below we will updated within a hour.