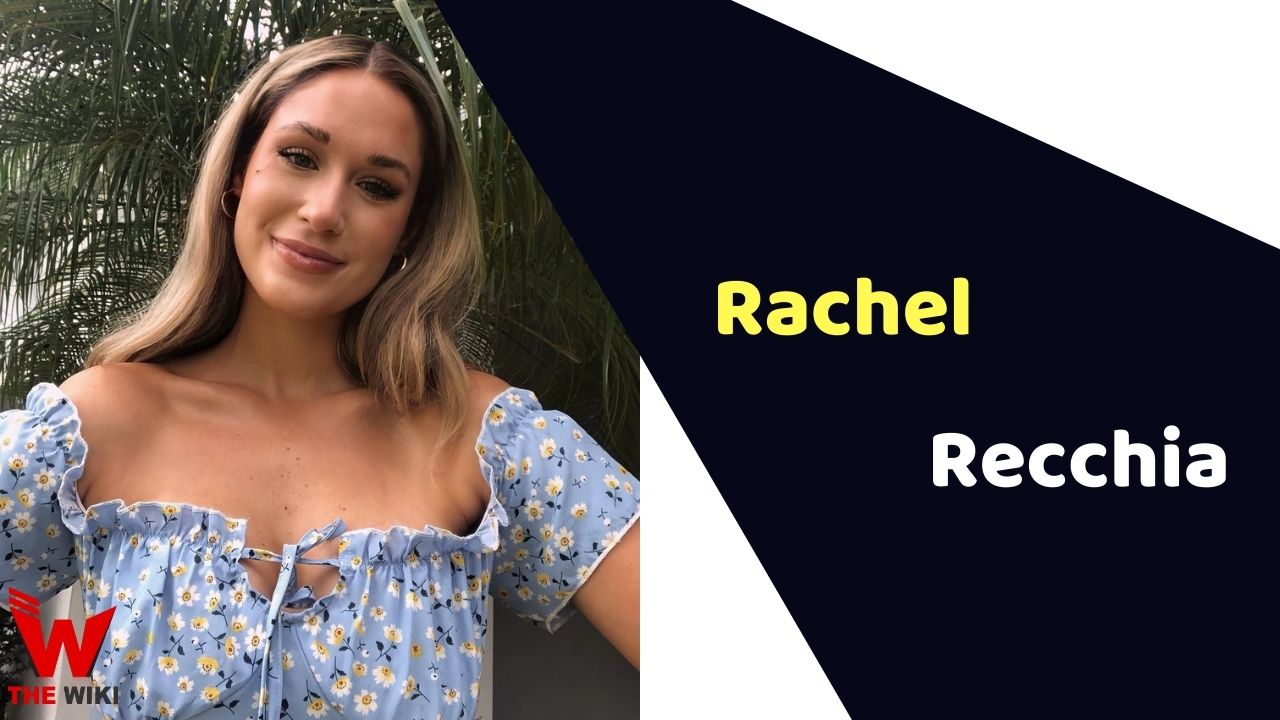 Rachel Recchia is an American television personality and former commercial pilot. She is known for participating as a contestant in a reality dating show The Bachelor of 2022. She has also co-starred with Gabby Windey in season 19 of The Bachelorette.

Rachel Joanne Recchia was born on March 8, 1996 in Chicago, Illinois. Her mother Mary Anne works as a paraprofessional aide for Childhood Development at Huntley Community and her father Tony Recchia is in the Republican party. She has a younger brother in the family.

Rachel graduated high school from Camel High School. Later she attended Northeast Missouri University and Ohio University. She has a degree in Bachelors of Science in Aviation.

Rachel is a commercial pilot, flight instructor and social media personality based in Clermont, Florida. She recently earned her private pilot license. Recchia got into limelight after appearing in American dating reality tv series The Bachelor featuring Clayton Echard. She was the co runner-up with fellow finalist Gabby Windey. Rachel subsequently appeared in The Bachelorette alongside Winde.

Some Facts About Rachel Recchia

If you have more details about Rachel Recchia. Please comment below we will update within an hour.